Monday began with that rarest of Septura touring experiences: a lie-in! Having been awake for approximately 22 hours the previous day, it was a welcome opportunity for us to recharge the batteries, enjoy a hearty buffet breakfast, and bask in the glorious natural surroundings of our Dolomitic mountain chalet. 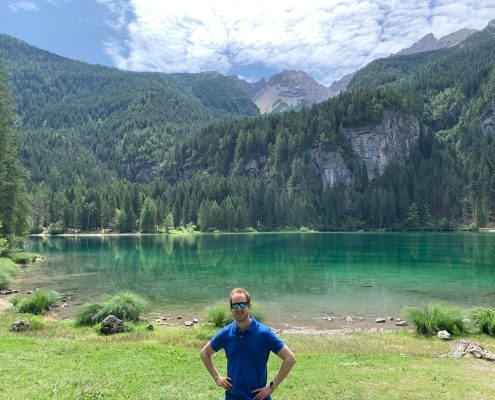 Thereafter began the drive from Trentino to Venice Airport, winding our way through several tortuous mountain passes before hitting the motorway, where our driver was obviously at home amidst the cut and thrust of some typically erratic Italian driving…

Our next step was to negotiate the robotic philistines masquerading as AirBaltic check-in agents. Unfortunately, all of us have become wearily accustomed to airlines whose sole task seems to be to try and prohibit us from performing overseas, despite the frequent existence of an ‘oversized’ or indeed ‘musical instrument’ hand baggage policy. After a frank exchange of views, it was with some relief that all seven players, and our instruments, made it on board.

Several hours later, and after a short stop to change planes in Riga, we made it to Vilnius, where we were whisked through the night to the beautiful Riterio Krantas hotel on the outskirts of Trakai. The generous hospitality of our Lithuanian hosts began the moment we stepped off the minibus, with seven cold beers and a platter of tasty snacks awaiting us – just the tonic after 12 hours of travel!

As morning broke, it was clear we were staying in yet another area of outstanding natural beauty. Arvydas Mišeikis, the founder and artistic director of Trakai Fanfare Week, which celebrates its fifteenth edition this year, joined us for breakfast, before many of the guys headed for a quick dip in the balmy waters of the nearby lake. 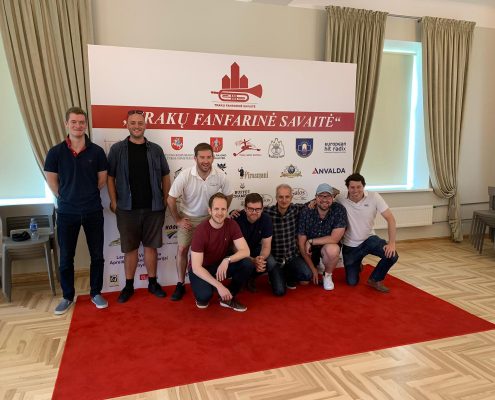 After a short afternoon rehearsal and a tour of the music school in Trakai, it was time for the main event of our trip – an evening recital featuring our ‘American in Paris’ programme, including works by Debussy, Ravel and Gershwin. A ‘full house’ always adds an extra frisson of excitement to proceedings, and with standing room only in the beautiful 19th century church in Lentvaris, this was certainly the case. Rousing applause and a standing ovation ensued – the audience leaving with the now customary strains of our encore, ‘I Got Rhythm’, ringing in their ears. 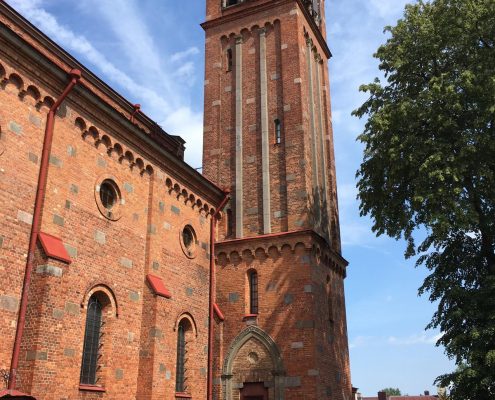 Our venue for the night 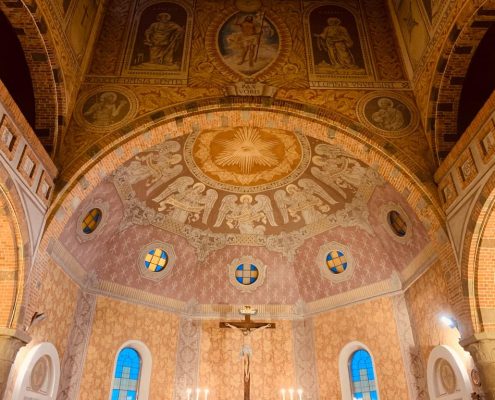 The post-concert reception was slightly delayed, as we took the opportunity of listening to the second half of a late-night concert featuring American trumpet icon James Thompson alongside the Lithuanian brass quintet, Brasspalvos. The night was still young, however, and in the company of many friends both old and new, we enjoyed some Georgian cuisine (VERY tasty, I can confirm!), washed down with a few local beers. Heading home shortly after 1am, we were already beginning to steel ourselves for another two AirBaltic flights on our journey back to London. Hopefully we’ll have better luck this time! 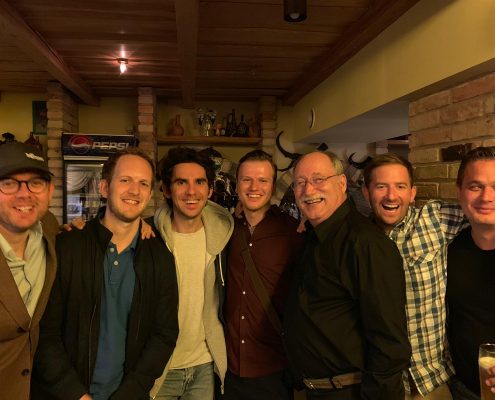