Septura’s 2019 season started with a 6 a.m. check-in at Heathrow, as we made our way to Detmold (via Hannover) in Germany. Despite my calm and exacting instructions from the navigation seat, Simon Cox’s driving of the battle bus filled the group with trepidation – he requires constant reminding to drive on the right side of the road, and we had flashbacks of his terrifying traffic-cone near-miss in America 2018.

We were staying outside Detmold in the sleepy and appropriately-named town of Bad-Horn. We lunched in a local tavern, where the arrival of seven Londoners seemed to come as a bit of an unwelcome surprise, eliciting a rather lukewarm reception, but nevertheless hearty German fodder. 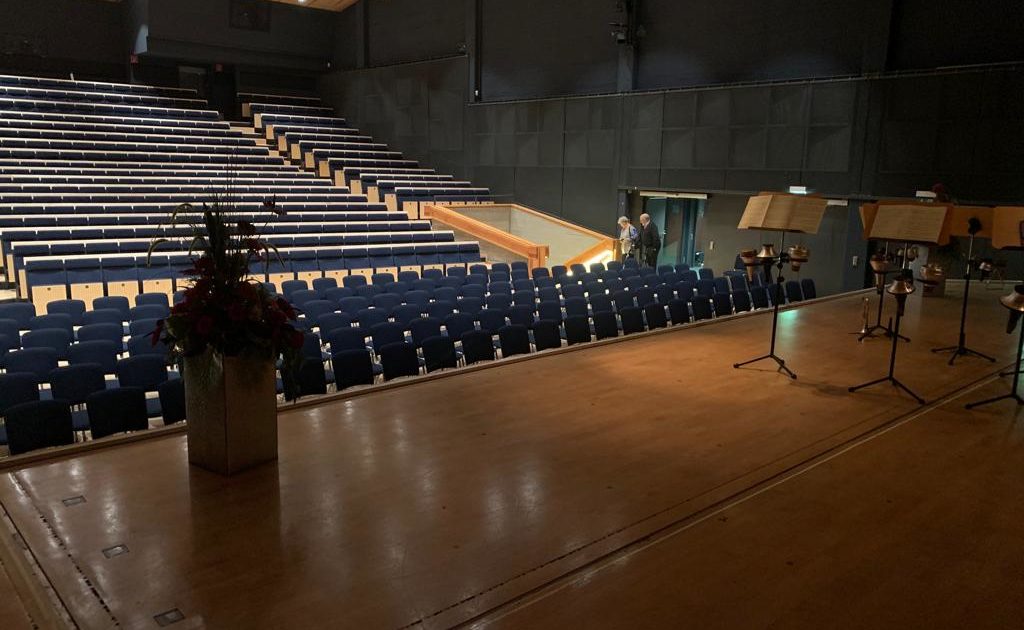 The concert hall at the Hochschule für Musik, Detmold

Our programme for the concert at the Detmold Hochschule für Musik was called ‘Human Nature’ and featured the first performance of a brand new commission – Imprints by the Norwegian composer Bjorn Skjelbred. With London in the grip of the Extinction Rebellion protests it seemed fitting that the subject of Bjorn’s piece was the destructive effect of humanity on the natural world. Despite this austere subject-matter, the piece highlights the lyrical side of the brass septet, and ends like the Farewell symphony, with players dropping out one-by-one. There was a concern in the performance that Sasha Koushk-Jalali was so immersed in the soundworld, revelling in it with his eyes closed, that the piece might in fact last forever. In the end Simon Cox brought proceedings to a close with his lone mournful trumpet, and the audience applauded enthusiastically as the composer himself joined Septura on stage. 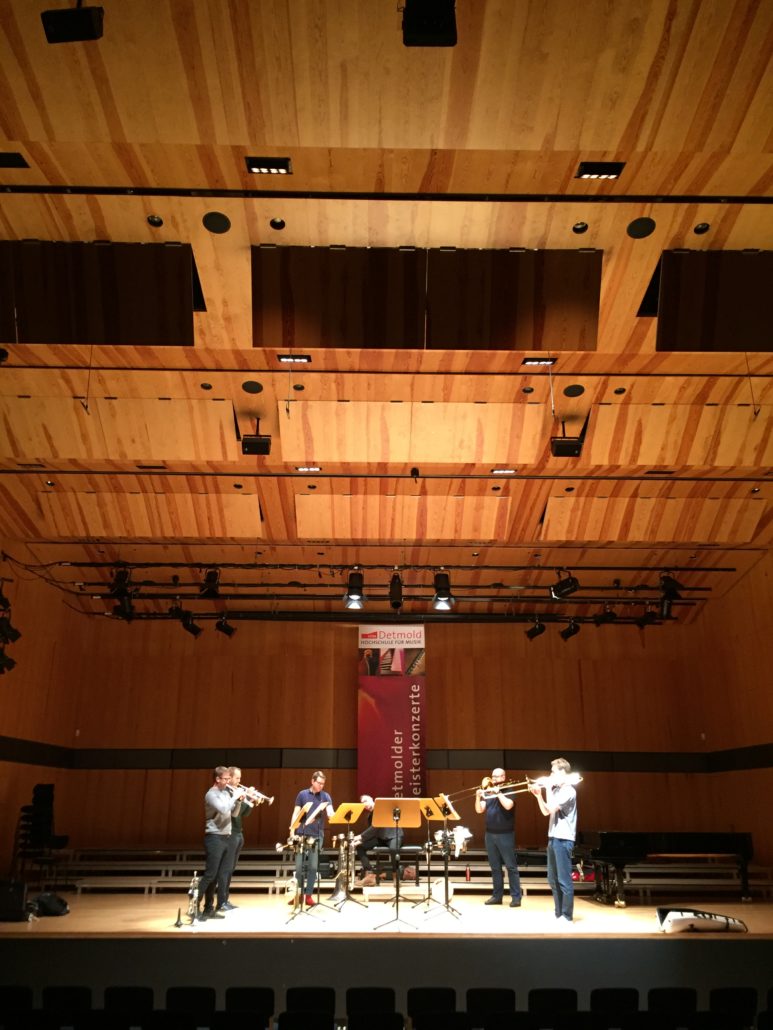 The next day we were fortunate enough to have the opportunity of coaching some of the excellent brass students at the Hochschule. Passing on our particular approach to both solo and ensemble brass playing is always a joy, especially when the standard of playing is as high as this. Energised by the experience, we reconvened as a group in the evening to rehearse for another upcoming project. After the battering our lips had received in Septura’s version of Swan Lake the night before, it was a bit of a relief to turn our attention the slightly more transparent textures of Copland’s Appalachian Spring.  This was the first rehearsal for the American recording that will take place in November, and after months of hearing our Dorico software performing its electronic version, it was pleasing to hear the new arrangement brought to life so skilfully by the incredible musicians of Septura. 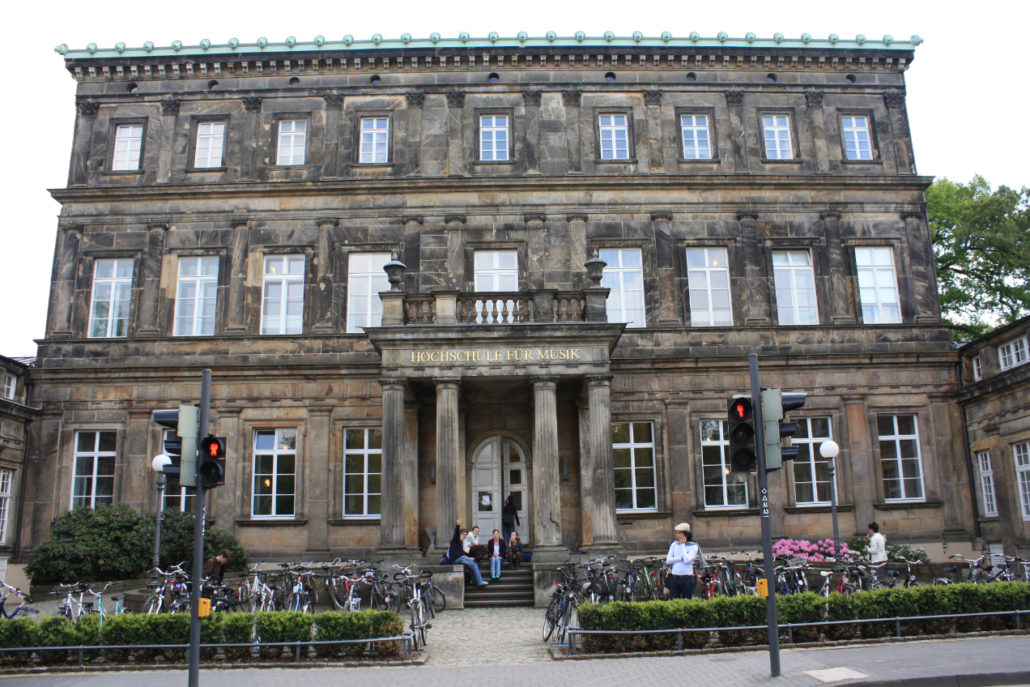 After a long day’s work we were glad to relax with a drink (the driver Simon Cox excepted) in the company of our convivial hosts – Klaus and Otmar, the trumpet and trombone professors of the Hochschule. After much chat and a couple of beers we retired to the hotel, ready to travel the next day to Austria.