An early Sunday call at a particularly rainy London Euston station sees Septura assemble to perform for the first time since our Kleptomania spree of concerts concluded in July. It feels like it’s been a particularly long break for us, considering how 2018 has been Septura’s busiest to date, performing dozens of dramatically different programmes around Europe and North America. For a few months it often felt as though we were premiering and performing new arrangements and programmes once or twice a week, requiring intense dedication and personal practice. As gratifying and rewarding as these projects have been, this break has been welcome and needed for those of us who need to make up some hours at our ‘day jobs’ and spend time with our families. It’s been an especially timely hiatus for trombonist Matthew Gee who, along with his wife Sarah, has welcomed their first child into the world! 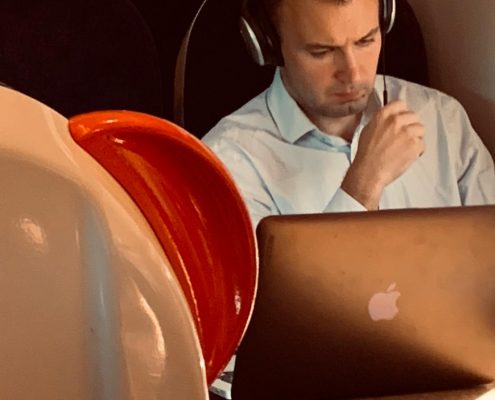 Boarding our busy 9:45 train to Penrith, Matt bunkered down to be productive in a different way, taking the opportunity to catch up on ‘a month of admin.’ I took the opportunity to attempt to wind up our absent founder and artistic director Simon Cox via WhatsApp messages claiming that we had all missed our train and were missing vital members of the group. Simon, currently on tour in Japan with the London Symphony Orchestra, unfortunately saw through my ruse and dished out some of the World’s Finest Banter™️ from the opposite side of the world.

Our performance in Keswick tonight is the first Septura concert without Coxy at the helm. Though we’re obviously distraught that our talisman is not here to lead us, we’re lucky he has sent a very fine deputy in the form  of the Royal Philharmonic Orchestra’s principal trumpet James Fountain. After tonight James will be the only trumpeter to have performed all 3 trumpet chairs in the group & we’re lucky to have a player of his exceptional abilities who can step in on occasions like today. Safe to say his level of banter indeed rivals that of the good Doctor Cox… 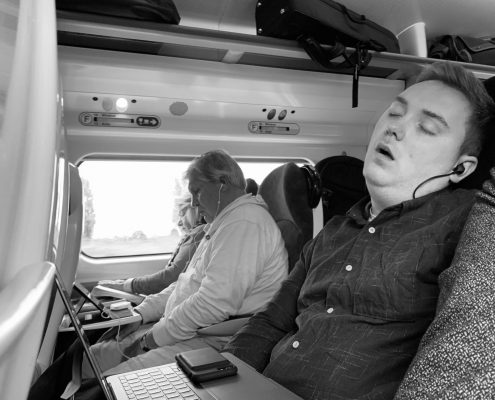 Though London’s weather this morning could only be described as despicable, the rainclouds have parted for us as our Virgin train has hurled itself northwards to the Lake District. The sun is particularly welcoming as our train dissects Liverpool and Manchester through Warrington and into what I believe would typically be described as The North. As a person who is not native to these lands I am always taken aback by the scenery in the north of England, especially when the skies are kind and there aren’t rain clouds in sight. When our train entered the Lake District I took advantage of the camera on my excessively expensive new phone to take a few snaps from my window seat. 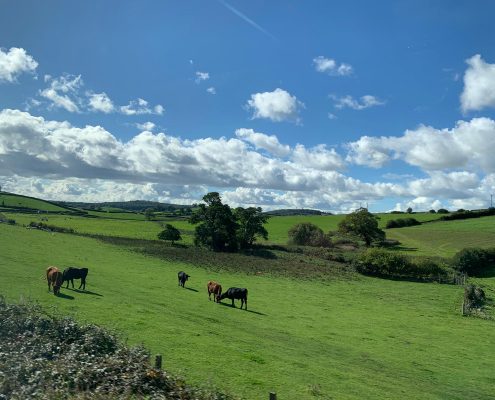 Our performance tonight for Keswick Music Society – their first of the season – will feature an all English & French programme called Bridging la Manche. 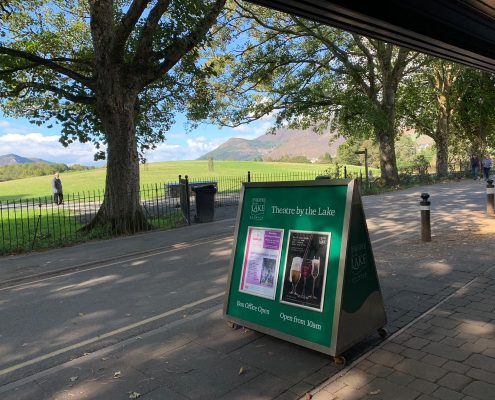 We have performed this programme once before, in February for the Ilkley Concert Club. It’s one of my favourite Septura programmes as it explores and contrasts pieces by composers from both nations. Starting in the Renaissance we perform an Ave Maria each from Josquin and Parsons, followed by Baroque selections from Rameau and Purcell. After the interval we hear early 20th century contrasting contemporaries Debussy and Parry followed by song selections from Ravel and Vaughan Williams. The repertoire provides rich sonorities well-suited for the group to enjoy and explore. It also implies profound lessons on political commonalities but the less we dwell on that the better in the current climate… 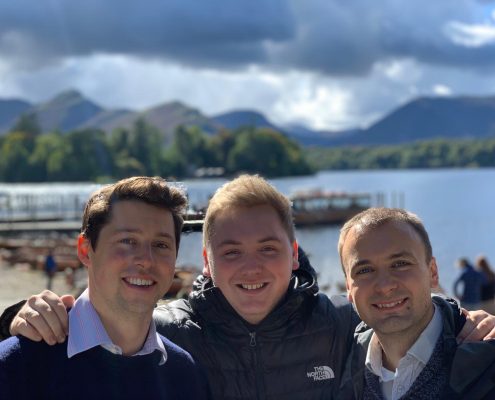 Keswick itself is located on a lake called Derwent Water, nestled between lush hills in the northern Lake District, only a couple of dozen miles from Scotland. When we were picked up at Penrith station, our dutiful driver informed us that we were only a stone’s throw from the rainiest place in Britain. We count ourselves lucky that the sun decided to shine brightly for our visit. The brisk, cleansing air could be bottled and sold to Londoners, and the setting near the venue is genuinely breathtaking. It seems many of the Keswick Music Society’s subscribers that we have met retired here in the Lakes after successful careers in London. I have so far heard it referred to as ‘The Eastbourne of the North’, and I genuinely see the appeal as a retreat from the hectic nature of urban life. 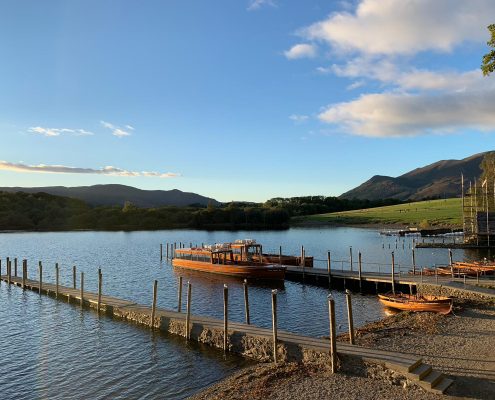 The concert proved to be very enjoyable thanks to a receptive and discerning audience. From my vantage point it seemed as though the vast majority of seats in the Theatre on the Lake were filled, and we were informed afterwards that we played to well over 300 people. Though the acoustic was dry, it had a certain warmth to it  which allowed us to shape our own acoustic. We achieved this by expanding our note lengths and tapering the ends of phrases to compensate for the lack of what we would call ‘bloom’ – the resonant forgiving acoustic you might find in a church or concert hall. 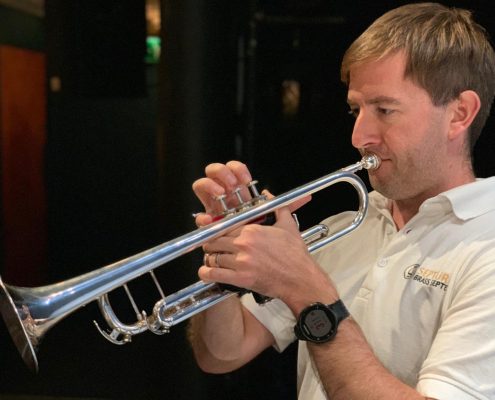 Following the concert we were carted to a beautiful home a short but scenic drive outside of Keswick. Our hosts, Alan and Hazel, seemed to have particularly enjoyed pieces by Debussy and Rameau – France winning the day yet again. Though the English repertoire lives to fight another day, much of it featured on our upcoming Naxos release, Music for Brass Septet – Volume 6, which is due out October 12th. 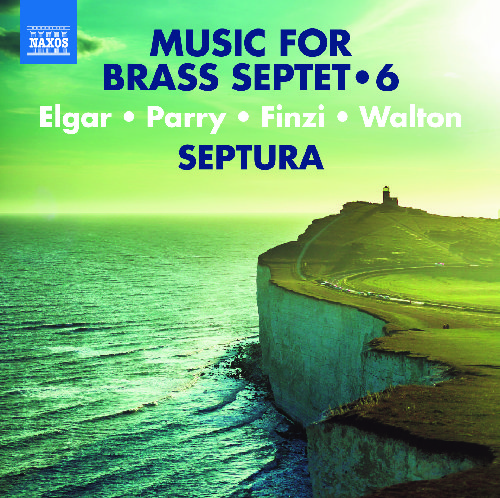