I first heard Walton’s Sonata for Strings during a youth orchestra trip to La Mortella, the beautiful home and gardens on the Italian island of Ischia that were the composer’s home. I was immediately gripped by the tension and energy of the piece, and it became a firm favourite of mine during the following years. It sounded so technically difficult that the thought never really occurred to me to arrange it for brass – surely certain passages would simply be unplayable? 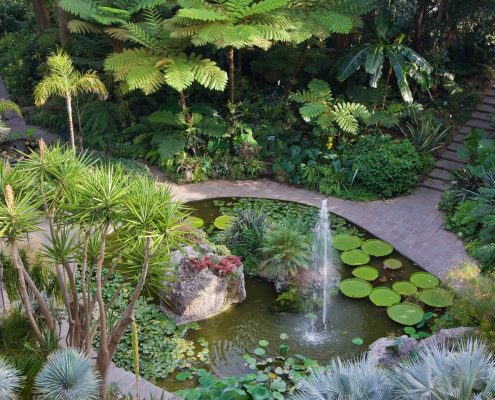 The Gardens at La Mortella

The golden rule of choosing repertoire to arrange for Septura is that it must sound like an original work when performed by brass. This means we’ve been very selective about what types of music we arrange, avoiding pieces which contain tricky musical figurations and a breadth of colours that seem beyond the scope of the septet, often resulting in a focus on choral or piano music. As we’ve progressed through our Music for Brass Septet series of recordings for Naxos however, our horizons have broadened as we have developed as arrangers and players, and pieces that once seemed out of reach have become realistic possibilities.

We had already decided that this disc would be a turn homewards for the group, focusing on English music of the 20th Century. Matt Knight and I were struggling however to find a really significant work to complete the recording – something that would help us continue to establish the brass septet as a serious artistic medium. It was then that I remembered the Walton Sonata, and listening to it through we both realised this was the piece we were looking for.

Then the real work began. This was comfortably the longest and most complex score we had attempted to transcribe, and it was difficult to see at first how certain passages were going to work. As with any such daunting task, the best approach was to just start work on it and trust that the solutions would emerge through trial and error. This arrangement called on all of the tricks we’ve picked up over the last few years, such as using a variety of mutes and dove-tailing parts to capture all of the essential features of the original, and after several weeks a first draft had emerged. This was checked meticulously by Matt, and following a healthy round of corrections we were ready to send the parts to the players and schedule the first rehearsal. At this point there was still one problem: despite my best efforts, this was going to be seriously hard to play!

The first read through was a little daunting as the scale of the task before us become apparent. This was unlike anything we’d encountered before, full of awkward intervals and devilishly tricky articulations.  Luckily for us, we have some of the best players around in Septura, and after a few hours of private practice (and a few panicked phone calls requesting changes to the parts) things were really shaping up. 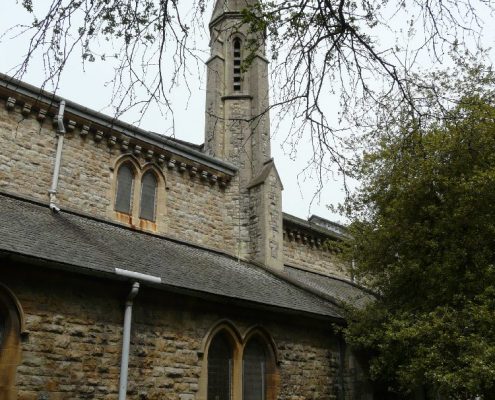 When we eventually reached the recording itself, we were confident that it was going to be a real success, and despite a delay of about four hours while Alan received roadside assistance on the M40 motorway, everything went smoothly. We hope you enjoy the results!