[Matt Gee]: The sun was out for our last morning in Wellington (and the last day of the tour). We all popped into Lamson, our new favourite hipster coffee joint, to sip Peruvian syphon coffee and devour kimchee and bacon scones just like the locals. A short but scenic trip to the airport led to another leisurely check-in – New Zealand airports are a much more relaxed affair than their UK counterparts. In fact, today was one of the few times we actually encountered a security scanner! 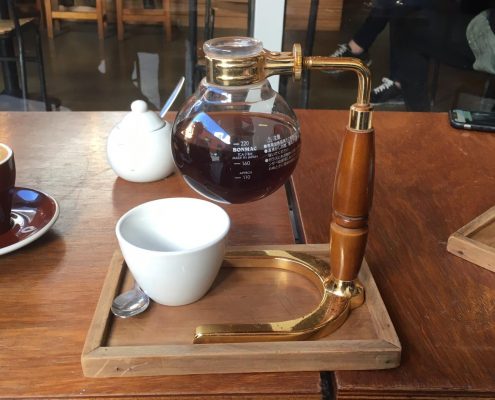 [Simon Cox]: As soon as we landed in Auckland it was apparent that this was a very different city to those we’ve visited so far – with around one third of New Zealand’s approximately 4.7 million people living here, it feels more like a bustling, multicultural metropolis than the more relaxed Wellington and Christchurch.

We checked into the Scenic hotel, right opposite Auckland Town Hall, the venue for our concert that evening. The rooms were some of the nicest we’ve encountered so far, however when Dan West attempted to catch up on some sleep it soon became apparent why – the hotel is in the midst of a full-scale refurbishment, and it seems that pneumatic drills really are the only tools for the job. He therefore had no choice but to join the rest of us at the excellent Depot Eatery, which was just as well – we were surprised to hear earlier in the tour that he had never eaten an oyster before, a shocking fact for someone so passionate about the pleasures of food and drink, so this was our opportunity to put things right. There was some concern that the traditional side effect of eating oysters (food poisoning, not the other one) would put our concert at risk, but under the circumstances we decided the rewards outweighed the risks, and we were glad to see that Dan appears to be a convert. 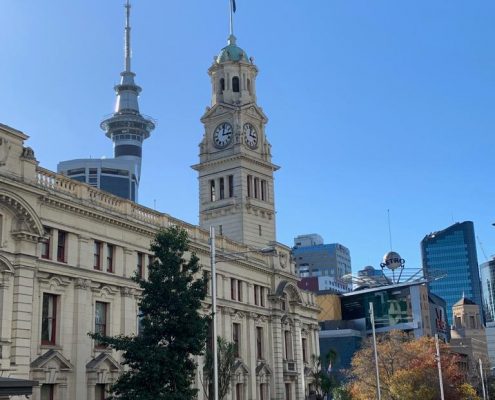 The exterior of Auckland Town Hall

Next it was off to our soundcheck at the hall, where we did our usual ‘top and tail’ of Pictures at an Exhibition, allowing Radio New Zealand to check levels, as they were once again recording the concert for deferred broadcast. We were also joined at this point by a group of kindergarten children, and it was great to be able to introduce them to the sound of the brass septet, and the ways in which we try to capture the wonderfully vivid imagery of Mussorgsky’s music. Another touch tour ensued, something that we’ve really enjoyed doing and hope to do more of in future. This time our audience included 3 guide dogs, one of which was particularly effusive in its praise (at least that’s how we interpreted the howling). 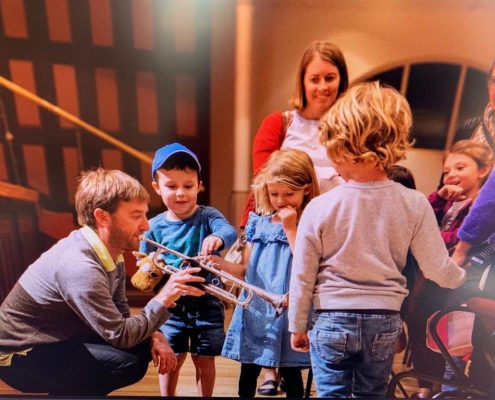 As we took to the stage and began to play, we knew this was going to be a special concert. Auckland Town Hall is surely the most perfect acoustic for brass that we’ve played in, giving us the confidence to take musical risks in the knowledge that they will always come off. It’s been great to return to Pictures during this tour, and we especially enjoyed filling the room with our sound during the Great Gate of Kiev, something that works so well for septet. The audience seemed to agree, demanding two encores.

After the concert we enjoyed chatting to audience members as ever, including some remarkable local brass personalities, and our good friend Grant Sinclair, a trombonist who we all know from his time in the UK. We headed to the highly-recommended Federal Delicatessen for some delicious food and a couple of beers, before continuing to what was surely to be the highlight of the evening – a couple of cocktails and fiercely competitive games of ten-pin bowling at Dr. Rudi’s Brewery. Having been disappointed on a couple of occasions at our preferred post-concert venues not being open, we made sure that our plan was fool proof. My girlfriend Elise (who is also in New Zealand working with the NZSO, and who my fellow Septura members have taken to calling Yoko, I assume affectionately) had selected this venue due to it being open until 4am every day of the week, according to their website. And TripAdvisor. And Google. Apparently ‘4am’ actually means ’12.40am’ here however, so the bowling never materialised, and we were forced to move on. It’s probably for the best, as I’m not sure how well a brutal beating at the hands of the group’s founder would have affected morale.

Luckily one final bar was willing to open its doors to us, and the competitive edge returned as we spotted a Street Fighter 2 arcade game in the corner. It was interesting to see Matt Knight, usually so vocal in his warnings of the perils of computer gaming, take to it like a duck to water, only narrowly going down to yours truly (he’ll know better than to choose Sagat next time…) 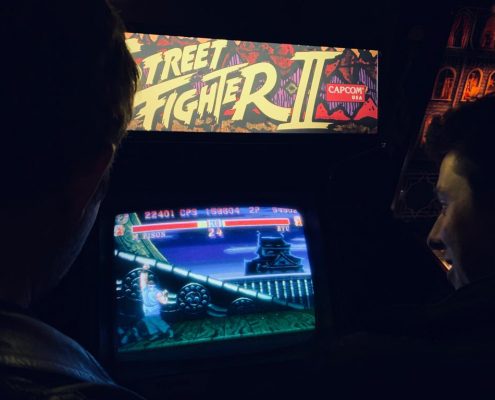 That felt like an appropriate moment to round off proceedings, as the dreaded 8,000 hour (approx.) flight home awaited most of the group the following day.

Our sincere thanks go to Chamber Music New Zealand and Dave Bremner for all their hard work in making this tour happen, and for making us feel so very welcome. It’s been the most wonderful experience for us in so many different ways, and it’s going to be very difficult for us to leave tomorrow. Well, not for me. I’m staying on for a holiday.