It has become somewhat of a tradition in Septura to use mealtimes together as an opportunity to discuss our next eating arrangements! Monday evening at The Bresolin was no exception, as we made plans to meet Dave Bremner the following morning for brunch at Goldmine, a true Wellington institution. The hearty breakfast certainly didn’t disappoint (I even managed to find some black pudding!), and after a superb ‘hipster-coffee’ at Goldmine’s sister cafe, Lamason, it was back to the hotel for a relaxing morning, a light warm-up and a short nap.
Matt Knight, on the other hand, was substantially more productive, fitting in a couple of hours’ teaching with some trombone students at the New Zealand School of Music, before he and Simon took to the airwaves of Radio New Zealand, promoting our final two performances of the tour and spreading the Septura message far and wide among our Antipodean cousins. 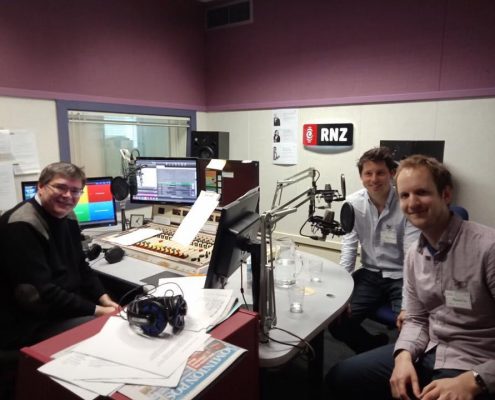 Matt and Simon in the Radio NZ studio

Fully rejuvenated, we duly made our way across the road to the venue of our penultimate concert: the Michael Fowler Centre, a 2,000-plus seater concert hall situated in the heart of Wellington’s CBD, and a stone’s throw from the picturesque Lambton Quay. After a brief soundcheck for Radio NZ, who recorded our performance for deferred broadcast, we embarked on the group’s first ever ‘Touch Tour’, an immersive experience for blind and partially-sighted patrons. As well as introducing ourselves and demonstrating the different elements of the ensemble, the sessions allowed the audience to feel the different instruments and mutes that we use, enabling them to fully appreciate and visualise the various components of the performance. 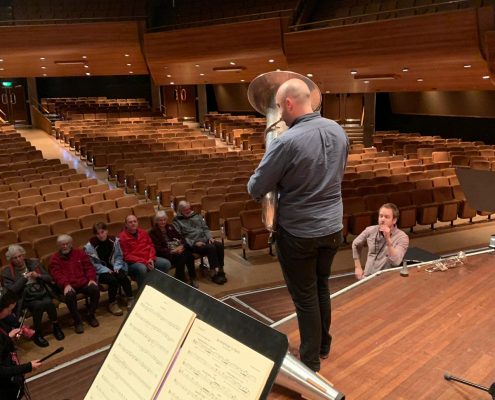 Pete introduces the tuba for the Touch Tour 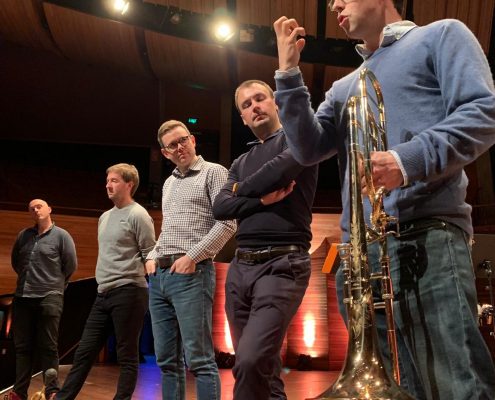 Our ‘American in Paris’ programme, which focusses on the transatlantic relationship between Ravel and Gershwin (with some Debussy along the way), was enthusiastically received by a typically welcoming Kiwi audience, who ushered us back on the stage for the now almost obligatory encore of ‘I Got Rhythm’. This wonderful reception, combined with the hall’s beautiful setting and generous acoustic, contributed to a very special occasion, which you can read all about in a review here (“a brilliantly played, immensely stimulating concert”). 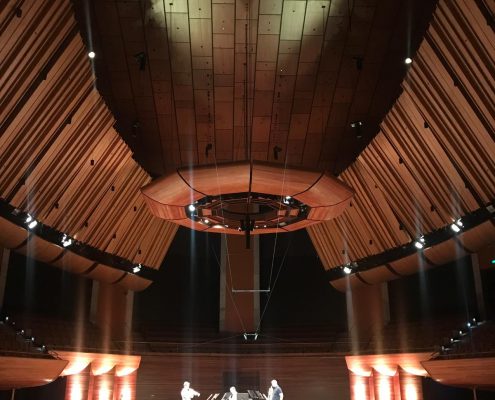 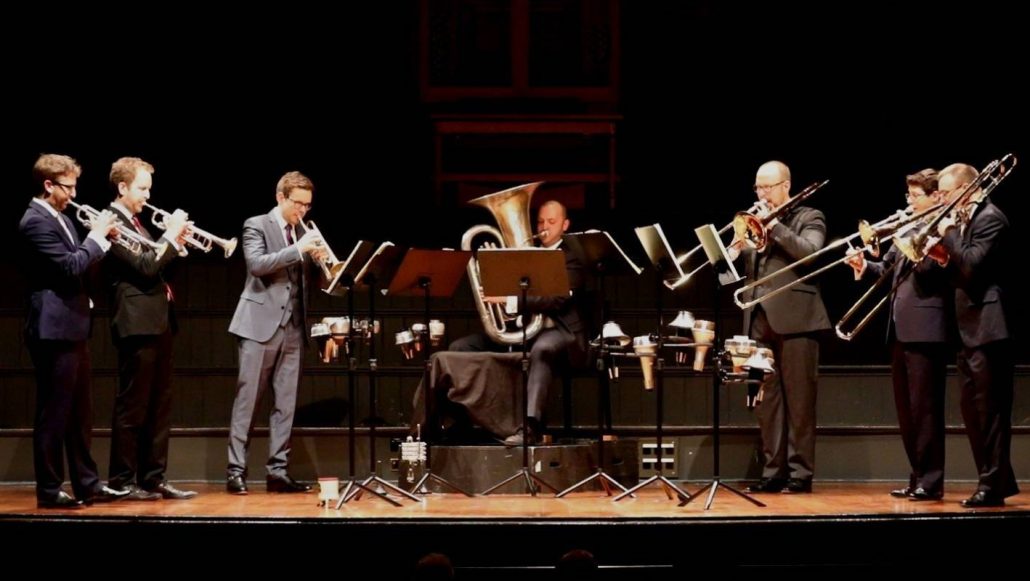 Concert done, CDs signed, photos taken and the jubilant chatter of a gleeful audience dissipating into the night, we headed to Golding’s Free Dive for our final drinks in Wellington (I still haven’t worked out if this was a deliberate continuation of the ‘gold’ theme from breakfast!) With a merry troupe of NZSO brass players, music students and Chamber Music New Zealand colleagues in attendance, it was the perfect farewell to friends old and new, and also allowed us to serenade Jack Hobbs, CMNZ’s Artistic Manager, who had assisted us since our arrival in Nelson, and who celebrated his 30th birthday in the best way possible – by attending a Septura concert! 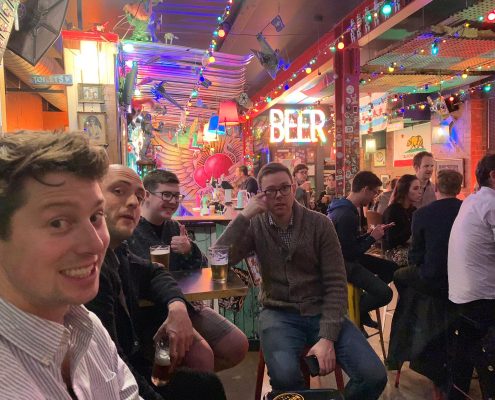 Although the promise of a late-night fried chicken joint failed to deliver, most of us were ready to head homeward, a good night’s sleep being the main priority. Having become separated from the main group, however, Matt Gee and Dan decided that one last drink at a nearby hostelry was in order… With true Trumpian hyperbole, they tried to convince us back out with the promise that this was ‘the best bar ever, guys… the best drink of the tour by far’. Unswayed, we remained steadfastly in our rooms, awaiting the morning report on their nocturnal activities, and looking forward to returning to Auckland for show 5/5.
https://septura.org/wp-content/uploads/2019/05/PHOTO-2019-05-01-02-52-45-2.jpg 1600 1200 Matthew Knight http://live.septura.org/wp-content/uploads/2017/11/new-logo-MK5-300x102.jpg Matthew Knight2019-05-02 00:01:382019-05-02 00:24:27Wellington Day 2 (by Huw Morgan)
Wellington Day 1 (by Alan Thomas)