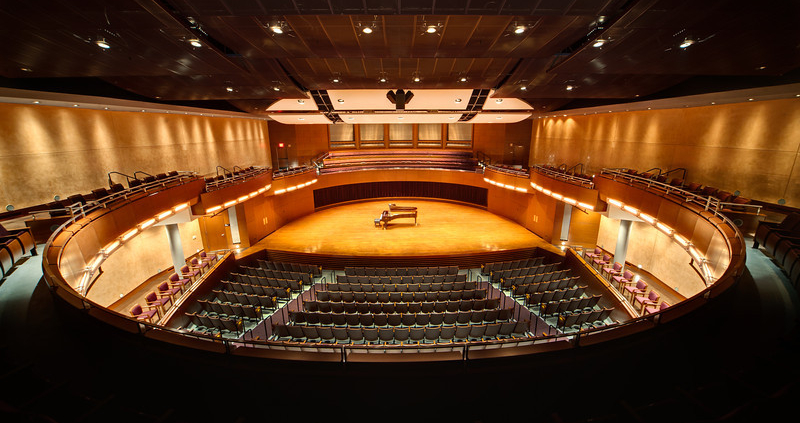 Regular readers of this blog will be aware of the Septura Travel Curse, which strikes without fail pretty much every time we go on tour. I’m pleased to say nothing has changed, and in fact this time we got started a little earlier than usual. With about 4 days to go our guest trumpeter Aaron Akugbo still hadn’t received his passport containing the required visa back from the US embassy in London, and we feared the worst. A few frantic phone calls and emails later, the opaque defences of the consular bureaucracy had been breached, and we were assured that his documents were ready for collection.

Phew. Now to actually get Stateside. Those of you who live in the UK will no doubt be aware of the difficulties currently faced by Heathrow Airport as they wrestle with chronic staff shortages, and with this in mind we arrived nice and early at Terminal 5. All seemed calm, and we began to relax and contemplate some pre-flight refreshment. How naive we were. A glacial check in process began to bring our departure time into view, and by the time we headed for security the previously non-existent queue had transformed into something even a British monarchist would be proud of. At this point the group had become fragmented, and I was pleasantly surprised to find myself moving serenely through security and drifting towards the departure gate. Assuming my colleagues had fared similarly, I settled into my seat certain that the tour really was going ahead after all. The only thing missing seemed to be the aforementioned colleagues. Somehow they’d been sucked into the Heathrow vortex, and were still trying to get through security with about 15 minutes to spare. Some of James Fountain’s finest diplomacy at the gate seemed to do the trick, and aside from the usual request from a member of cabin staff that Pete Smith’s tuba should go in an overhead locker (politely declined on the basis that it would be impossible), we were off.

Our last trip to the States was immediately before the pandemic struck in early 2020, and we’re retracing the initial portion of that coast-to-coast epic on this trip, flying into Atlanta first and then driving north, ultimately as far as Montreal in Canada, a mere 1,250 miles away. Our first stop was at the University of Georgia in Athens, where we finally pulled in at 1am local time (feeling like 6am to us), tired and ready for bed, but at least not hungry after a scenic tour of supposed-to-be-open-but-actually-not drive thrus on the i85 (we finally struck gold with Sonic Burger).

The next day, the focus shifted to our first performance, which would be the debut of our Special Relationship programme, featuring English and American music. Two years ago we recorded a new version of Copland’s Appalachian Spring, but Covid cancellations meant that we hadn’t been able to perform it until now. This is one of the most substantial (and difficult) pieces we have ever arranged, so we allowed ample rehearsal time to fine tune all of the tricky corners. Towards the end of the rehearsal, we were slightly awestruck by the arrival of Phil Smith, former principal trumpet of the New York Philharmonic, and a huge inspiration to all of us through his many recordings with the orchestra. Phil is the trumpet professor at the University of Georgia, and we enjoyed taking part in a Q&A session with his students ahead of the concert.

As with so many venues we visit in the States, the acoustics of the university’s performing arts center are superb, and coupled with a sizeable and enthusiastic audience helped us on the way to a memorable performance. As well as featuring the first performance of the Copland, the concert included the world premiere of Time out of Joint by Pete Walton. This piece is based on key character relationships in Shakespeare’s Hamlet, and was written for Septura during lockdown in the UK – you can listen to it here.

Afterwards, with audience chatted to and CDs signed, it was time to hit the road for the long journey to Virginia. After a (very) brief overnight stay en route, morale was surprisingly high as we pulled into Harrisonburg and headed straight to the Forbes Center to meet some of the brass students for a Q&A session, led my tuba and euphonium professor Kevin Stees. Questions ranged from subjects like how and why Septura was formed, through to how we all manage our diaries with so many varying commitments (with difficulty). We always find these sessions enjoyable, and it seemed the students did as well.

Another wonderful hall ensured that the second concert was as memorable as the first, after which finally, after three days of travelling we were able to explore somewhere other than a concert hall, hotel or airport when we wandered into the historic centre of Harrisonburg to enjoy some local refreshments.

It’s good to be back on the road, and we hope to see plenty of you at our remaining concerts in Montreal, New York, Belton (TX) and Melbourne (FL)!