It’s hard to fathom that over a week has passed since we took off from Heathrow. On Friday morning we departed Nelson, NZ with heavy hearts after a very successful residency at the NCMA. We met in the hotel foyer at a very civilised 8:30am before piling into the airport transfer which was kindly arranged for us by our generous hosts, Chamber Music New Zealand. During the short drive we covered very familiar territory: it had only been a few days since we cycled along the same motorway during our epic 40K ‘Tour de Richmond’, heroically fending off jet lag on Day One. We reflected on the more gushy reviews we received from the enthusiastic pupils and participants at the end of the course. The manner in which everything was organised & curated by the legendary New Zealand trombonist David Bremner was exemplary, and I hope he doesn’t mind if we essentially steal all his ideas & use them as a framework for future brass workshops! 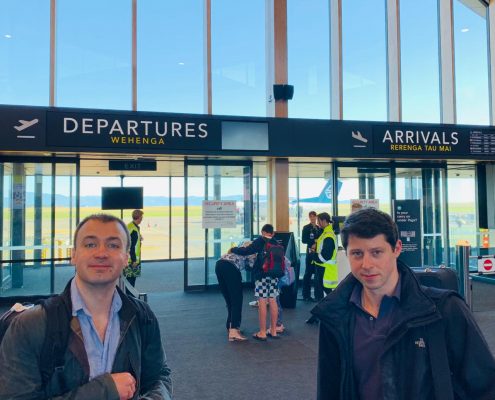 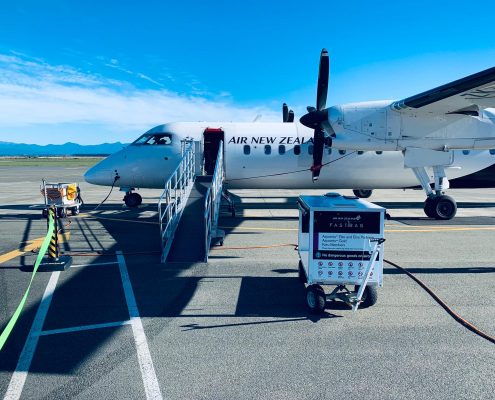 Arriving at the modern & modestly-sized airport I was amused to see that there were only 2 gates: Arrivals and Departures. Michael— sorry, Matthew Knight & I had our greatest fears realised when we boarded the tiny twin-prop aircraft & found the overhead containers were significantly smaller than our trombone gig bags. Using what could only be described as coolness under pressure, Knighty discovered that his trombone fit underneath the seat, leaving me to buckle myself in with a bass trombone wedged between my knees. Thanks to years of Jedi training, the air hostess didn’t seem to notice this on her final security check. We promptly took to the skies with what I assume must have been numerous violations of the aircraft safety code! 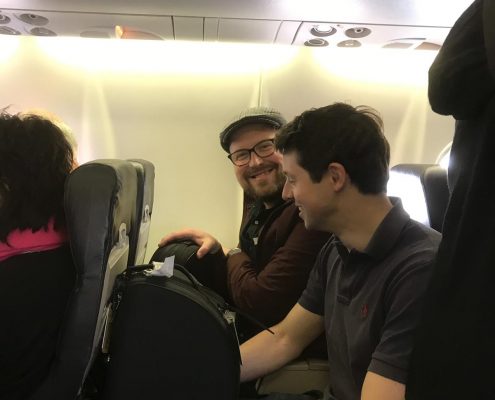 Squeezing trombones and trombonists into their seats

Luckily it was only a 40 minute journey to our destination. Christchurch is a city on the east coast of the South Island with a population nearly 6 times that of Nelson’s 50,000 residents. We were informed by the front pages of all the national print media that our esteemed Duke of Cambridge was visiting the city on the same day.  He was in town to meet the survivors & honour the victims of the vicious mosque shooting which took place here last month. Perhaps if he needs some light relief after a sombre day we could end up seeing him in the audience for the performance of our uplifting American In Paris programme this evening. After a power nap I met a few of the others for lunch in a very sunny & warm spot just a short walk from our hotel, which is located over the road from the earthquake-damaged and cordoned-off Christchurch Cathedral. Pete & I were mocked by the Artistic Directors for ordering mocktails, but the joke was on them because the beverages were both refreshing and delicious! A quick coffee in the square was then all we had time for before setting off down New Regent Street – an historic stretch of tarmac which features a tramway, pastel-fronted storefronts and evokes a very similar vibe to San Francisco – towards tonight’s venue for rehearsal & soundcheck. 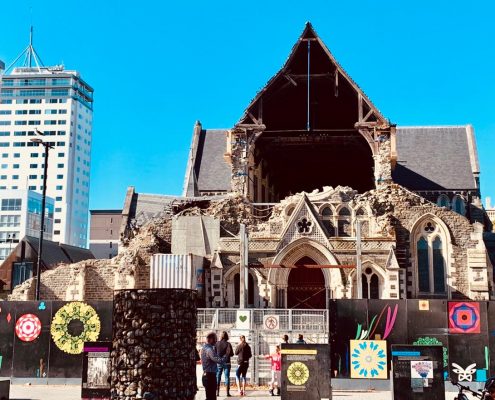 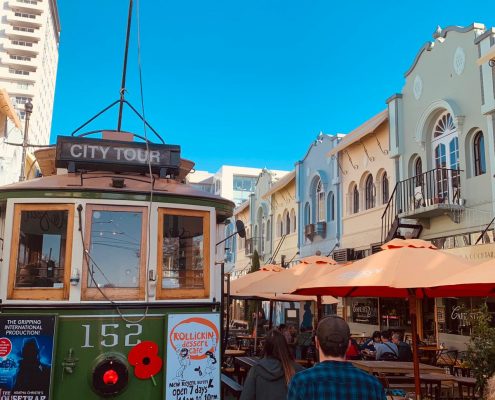 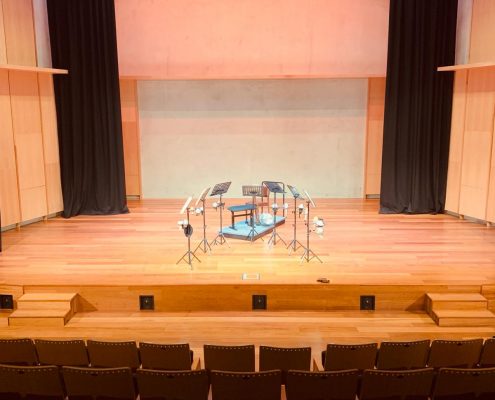 The Piano Centre for Music & the Arts features an immaculate modern performance space, which is only a year old. We were delighted to find that the acoustic was as pleasing as the aesthetic, and after a classic Septura ‘Top & Tail’ rehearsal we dispersed to make our final personal preparations for the gig. I have to admit that energy had reached a particularly low ebb, mainly due to jet lag – though it was suggested that we were possibly all suffering from a post-workshop comedown. Those few days in Nelson were knackering but also rewarding; it’s a rare treat (for me especially) to work with pupils as enthusiastic & receptive, but the opportunities for ‘switching off’ and relaxing weren’t in abundance.

I took advantage of the break between rehearsal & concert  to video chat with my family back in London, catching my wife & the kids just as they woke up. The 11-hour time difference has taken some time for me to get my head around, especially factoring in early bed times (for the kids – not me!). If I lie in until 7am here (8pm at home) I completely miss the kids, and then my next opportunity to chat with them doesn’t arise until 6:30pm here (7:30am at home) which can be tricky depending on what venue we’re about to perform at and whether there is decent WiFi.

Though we’ve traveled so far we’re constantly reminded what a small world it is, especially in the wider brass community. Amongst the audience members tonight were a former pupil of Alan’s from the RCM and there was also a bass trombonist who happened to be the very first teacher of Kiwi celebrity trombonist & great friend of the group Blair Sinclair of Opera North in Leeds. These deep-lying connections are apparent everywhere in New Zealand, even down to the names of the cities and the streets within.

After the concert, which I particularly enjoyed due to an acoustic which gave us plenty of encouragement, we successfully limited ourselves to the oft-promised but rarely-achieved mantra ‘Only a Couple of Beers’. A late night snack at the classic Kiwi pizza chain ‘Hell Pizza’ was all we could manage before our beds summoned us. The news of a 10am shuttle to the airport was music to everyones’ ears, and with any luck my alarm clock will wake me after a solid night’s sleep.