Granville, Ohio – a New England-style community, located along the western edge of the Appalachian Plateau, population 3,500. Also the home of Denison University and our sixth concert. We were housed in the impressive Granville Inn, built in 1924, and offering a touch of luxury for our one and only free morning of the tour. Upon arrival we fielded the usual questions as to why we were in the States, and were delighted to hear that we were not the first travelling band of musicians to pass through the Inn; both Count Basie and the Dorsey brothers used to play at the Inn when on the road – exalted company indeed! 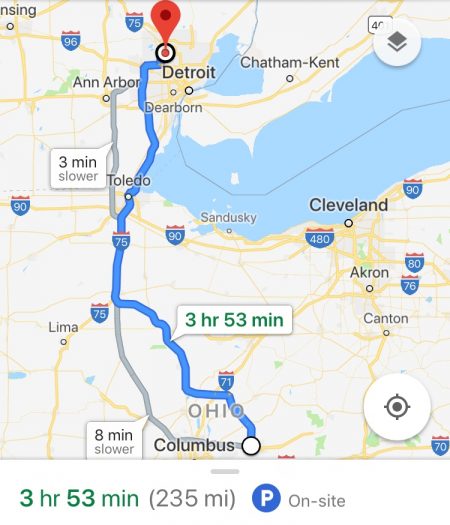 Exercise and sleep were the order of the morning, before hitting the road again at noon. A mere four hours in the battle bus to Detroit, Michigan was child’s play given the heavy schedule of the last few days. En route we stopped in a colossal Walmart to purchase a suitcase for our Denis Wick mutes, which gave us a chance to stock up on some necessities: mainly clean socks and boxers (having spent so much time in ‘the hole’, Huw decided that flight socks would substantially reduce the risk of DVT developing). Dan treated the group to a family sized container of Cheese Balls, and so we began the ten-hour-cheese-ball-challenge – could we finish the colossal serving by the time we returned the hire bus circa 11:30pm. Yes, with minutes to go, and some inspirational Motown tunes ringing around the bus (thanks Joey Atkins), we could! 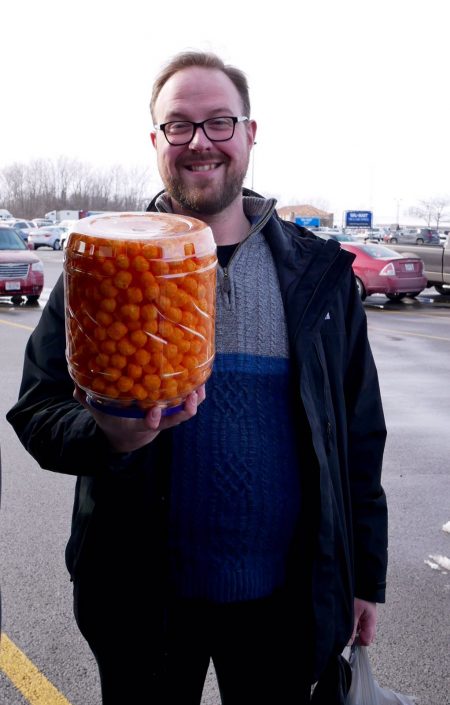 Now you see them… 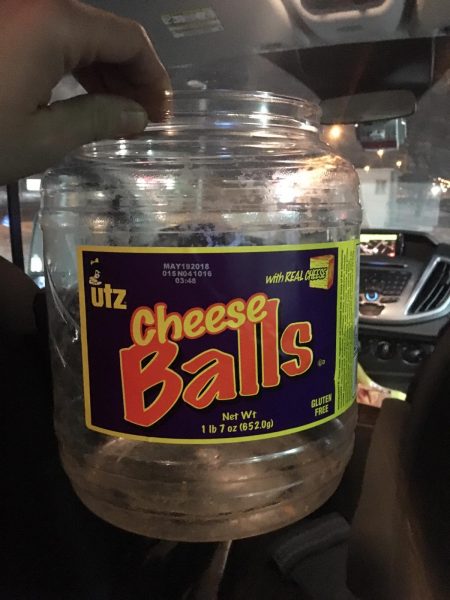 Our plea for entertainment on the long bus journeys had not gone unnoticed, and we had been emailed another quiz by an adoring fan (thanks Hannah from London): ‘Composer or pasta?’ Do you know your Puccini from your Piccinni? (Turns out we don’t – try it out at https://www.sporcle.com/games/sproutcm/pasta-or-italian-composer).

The dodgy roads of Detroit (or was it the driving?) tossed us through the final few miles to our venue for the night, Christ Church Cranbrook. Built in the ’20s to replicate a traditional English church, the venue offered us a wonderful acoustic, and one that we felt very at home in. 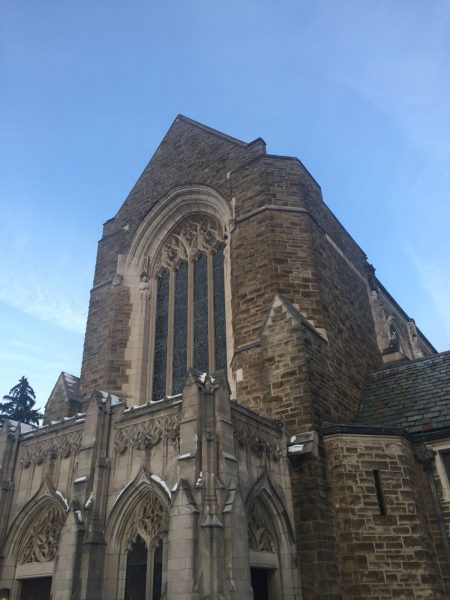 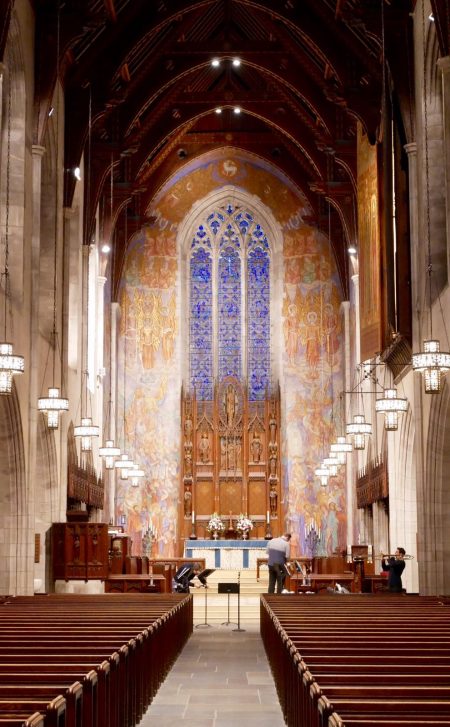 When arriving at a venue, the first half hour is always given to the players for individual practice and maintenance. The performances are so physically draining, each player has fine-tuned their own warm-up and warm-down to both facilitate maintaining the exceptional standard of the group, and also reduce the risk of injury to the chops. Players combine this with a combination of lip remedies – Chop Saver, Vaseline, Robinson’s Remedies Lip Renew (a new one endorsed that night by Hunter Eberly, Principal Trumpet of the Detroit Symphony) – there are of course other brands available. However, it is not just the face muscles which tire. Holding your trombone up for a two-hour gig (often with a mute in), plus rehearsals and practice, can be tough on your left arm and hand. 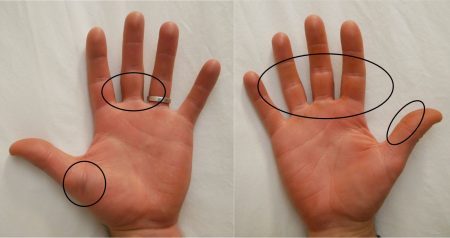 The short rehearsal continued yesterday’s work for our concert in Ilkley on February 14th, before we got stuck in to our seventh concert in as many days. The wonderfully appreciative audience were invited to meet us all at a reception after the concert, where the Gershwin continued, but this time via a remarkable 95-year-old lady tinkling the ivories – all by ear, apparently unable to read music! With the Canadian border a stone’s throw from the venue, Dan’s heartstrings were being pulled every which way as he sought out each and every one of his Canadian brothers in the room. 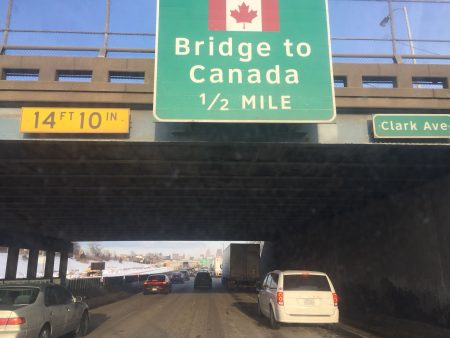 Canapés and cranberry juice devoured, we left the church and managed to squeeze in a pint before last orders at the Griffen Claw Brewery Company. Half an hour later, Matt and Simon dropped off the hire bus while we all checked into the airport hotel, looking forward to a maximum of four hours sleep before the red-eye to Arkansas. It’s mornings like this when someone misses the bus…