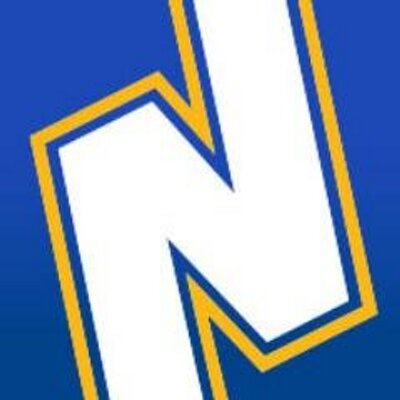 Bagels on the bus at 6 am and we were on the way to our final destination with mixed emotions. 10 inches of snow overnight had meant that our much-anticipated Chicago concert had been cancelled, which was a bitter disappointment (Chicago is a bit of a brass-players’ Mecca). On the other hand, after 9 concerts on the trot, the possibility of a night off was undeniably appealing.

Our flight was still on time when we arrived at Austin International Airport in Texas, and so we planned a leisurely day. We would arrive in Chicago, have some time to ourselves, rehearse for a couple of hours to get ahead on the programmes for Ilkley and Kleptomania, and then go out for dinner. The Denis Wick studio in Chicago had kindly agreed to host our rehearsal. 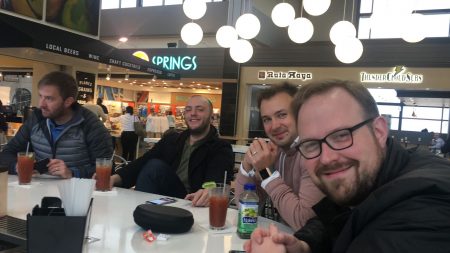 Whiling away the hours at Austin airport

As we arrived at the gate to embark the departure time slipped back – first by half an hour, then an hour, then 2, then 5. The delay was actually quite handy for me – I had finally got hold of the music for an arrangement I needed to do for concerts next week, so I sat on my own and worked on my laptop. 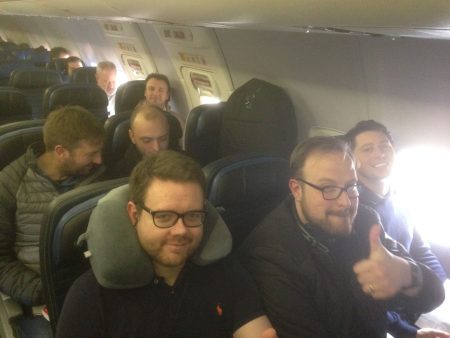 When we finally made it on to the plane 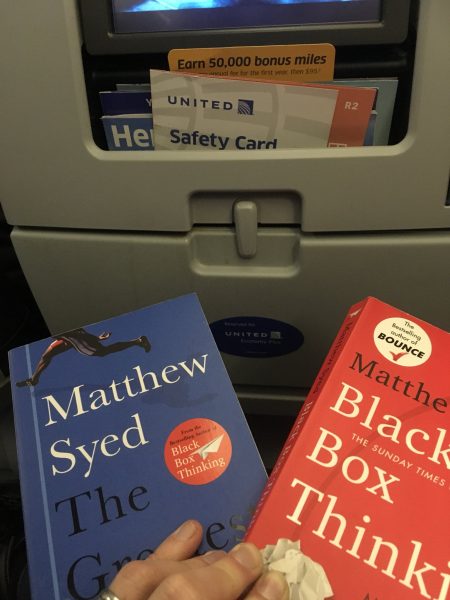 Alan’s reading material for the day

The others had a more sociable time, and were in gregarious form as we piled onto the plane, and stowed all of our instruments in the overhead lockers. This is always a slightly stressful moment (Will there be space? Will they all fit? Or will they try and make us check them in?). The tuba has its own seat, and the rest of the instruments go overhead, but it is always at the discretion of the cabin crew. We haven’t had any problems this trip, but in the past over-zealous staff have flatly refused to allow our instruments on-board. Wary of this, Matt Gee has actually designed a special flight-case from scratch for this tour – his trombone, suit and other clothes actually all go in one big suitcase, dubbed the ‘Gee Force 1’. 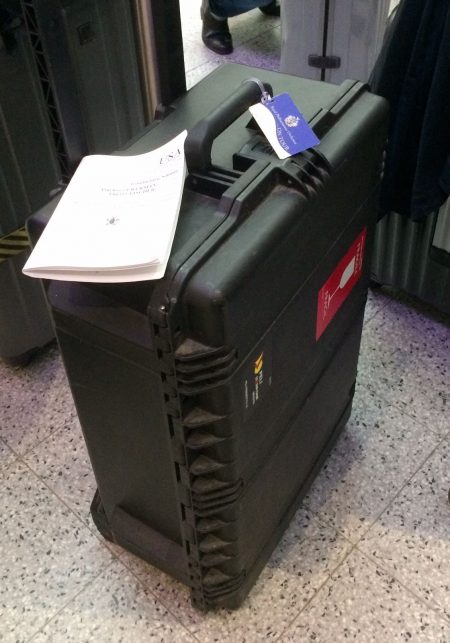 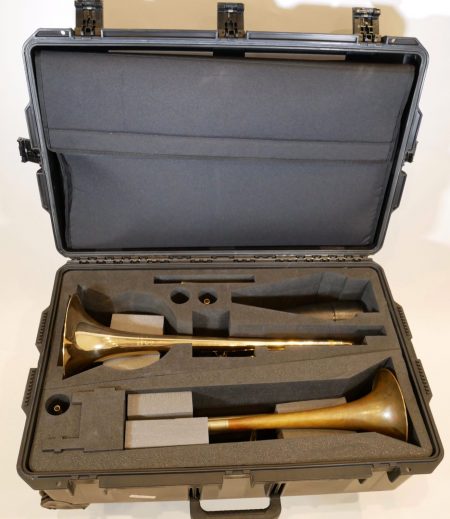 Although our new tour bus, MKV, was a great improvement (luxuriously spacious even in Huw’s hole, and crucially coming with a driver), we were a little underwhelmed when we finally arrived in Chicago. The snow had been very efficiently cleared, and so rather than the post-apocalyptic chaos that we had been led to expect, we were greeted by completely clear roads and normal traffic, with knee-high snow on the pavements alone. 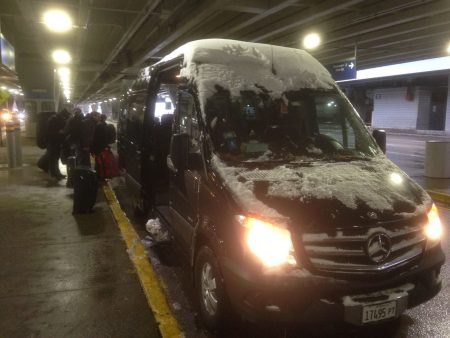 We were pleased to discover that our concert was not cancelled, but merely postponed until the next morning (when we had been due to give a masterclass at Northeastern Illinois University), and so although it was now too late to rehearse, we all headed to our hotel rooms for a bit of private practice in preparation (luckily Denis Wick USA had provided the trombones with practice mutes for just such an eventuality). Practice completed we watched some of the Winter Olympics opening ceremony (in a bizarre Scottish-themed bar) before heading into town for a dinner of traditional Chicago deep-dish pizza.