I don’t know anyone for whom getting to Luton airport is convenient, and an 8:40 flight required alarms to be set for 4-something-am throughout the group. It was the start of a long but exciting day. Rupert swung by to pick me up and chat immediately turned to England’s Cricket World Cup semi-final vs Australia.

Luton airport was buzzing, largely with holiday makers, stags and hens, a group of whom were on our flight to Krakow. Their slurred speech and non-sensical banter suggested impressively high ‘levels’ for such an early hour – bacon rolls, decaf coffee and yoghurt fuelled our own excitement, and while perhaps not quite to the level of these gentlemen, I imagine the audience will appreciate our restraint come 8pm tonight. But being out of the country, how would we keep up to date with the cricket? Dubious websites were discussed, VPN’s downloaded… would Sky Go work in Poland? It was important stuff for our cricket-loving group.

Upon landing we quickly dived onto our phones to find that England had reduced the Aussies to 14-3! What a start. Remove the unorthodox Smith and we could really get stuck into them.

A two hour transfer to Krosno gave us time to sit back, relax and enjoy some multi-screen cricket watching. A slight delay between screens made for some amusing celebrations, as the England bowlers put in a fine display. The innings was drawing to a close just as we arrived in in Krosno. Needing 224 to win it was all smiles as we devoured soup and pork roulade which had very kindly been provided at the beautiful hotel and spa that was to be our home for the next few hours. 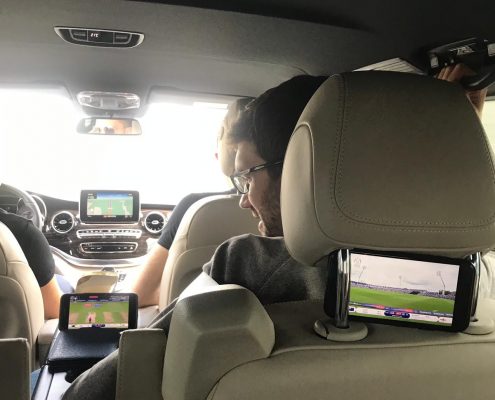 Our bus to Krosno, resembling a sports bar

Off to rehearsal, phones off, and it was time to get serious for a couple of hours. On tour we usually take 30 minutes at the start of a rehearsal to warm up or do some private practice. My own accompanied Jason Roy smearing Nathan Lyon’s first delivery for a huge six down the ground, followed by a reverse sweep for four a few balls later. 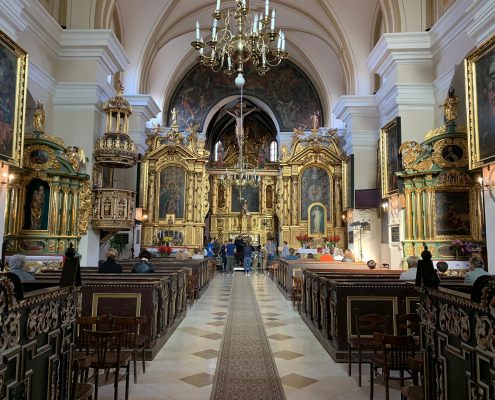 Unfortunately the England batsmen dismantled the Aussie bowling attack in almost the exact same time as it took us to top and tail that evening’s programme. It was a mixture of music from discs 2 and 4 of our Naxos series – an early music programme combing Handel, Rameau, Victoria, Gabrieli and finishing with Lassus’s astonishing final work ‘Lagrime de San Pietro’.  It’s great to get so immersed in such special music, and the imitative writing throughout really allows the septet formation to blossom. For once there were only a handful of mutes required by the group, so there were plenty of moments for us to enjoy the full, rich and blended sound of the septet in full flight. 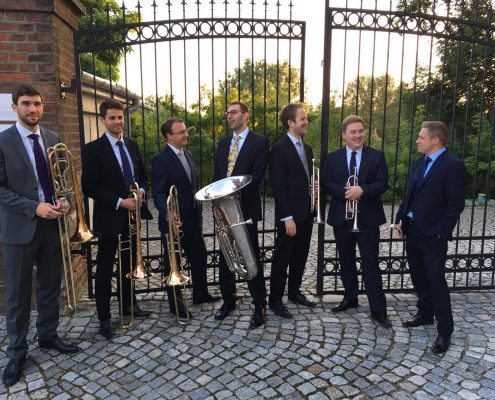 The church for the evening’s performance was the perfect setting, the lively acoustic slightly dampened by a full, enthusiastic house, some of whom had to resort to standing in the aisles. The concert was very well received, with two encores demanded followed by a lengthy CD signing and photo session.

We were taken to a local restaurant to re-hydrate with the festival organisers and a few audience members, some of whom had travelled from Warsaw to see us play – a round trip of 10 hours!. There was a lot to celebrate – Buttler’s ‘nutmeg’ run-out of Steve Smith, Woakes removing the ever-popular Warner, Archer nonchalantly bowling 90mph howitzers, oh and Septura’s Polish debut! 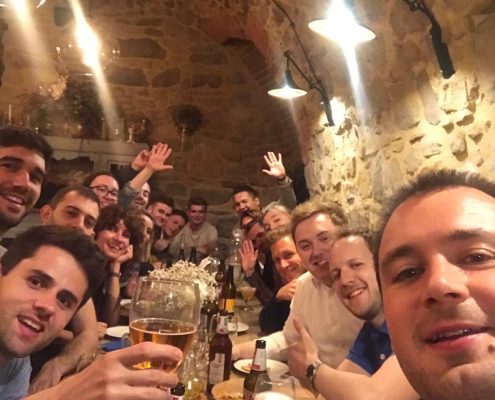 Getting to know our new Polish friends!