With two concerts behind us, Sunday marked the middle of the tour, and brought with it the group’s concert in Mito, a city near Japan’s south east coast. 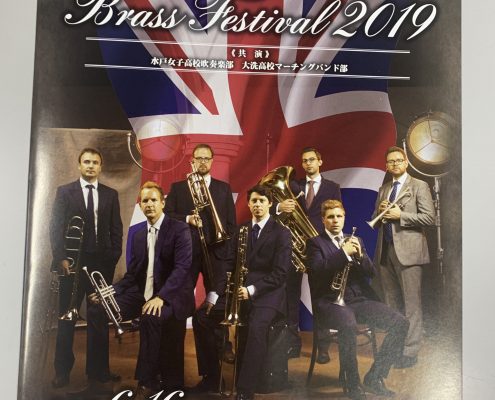 We had been informed that over a thousand tickets had sold for our concert in Mito, which mustered an additional hubbub of an anticipation within the group as we traveled out on Japan’s radically clean and efficient train network. Our leader Alan Thomas #superalan was on particularly energising form after consuming a Japanese brand of “iced coffee” that revealed the whites of his eyes and modified his gesticulation to include all four of his limbs.

The venue for the day was the Ibaraki Prefecture Cultural Center, a cavernous gem of a concert hall, in which Huw Morgan can be seen here diligently testing the acoustics of stage right. 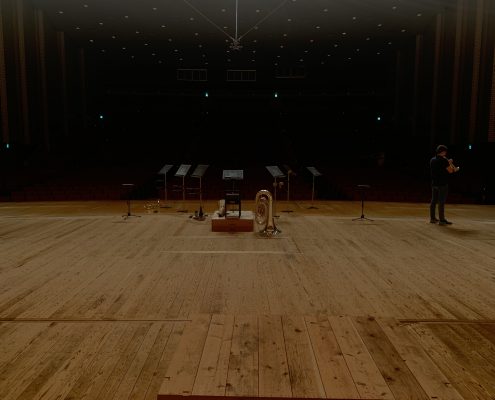 Simon Cox initiated our rehearsal by successfully providing the group with our music, after which we played through a few key moments from our programme, ensuring we were still in the game.

Our concert was shared with a fantastic wind band comprised entirely of pupils from a girls school, who played a 30 minute programme immediately preceding us. The three tuba players in the band made an impressively monstrous noise, despite being dwarfed by their instruments !

The performance itself went down fantastically well with the mammoth audience, who scarcely allowed Alan or Pete to complete a single phrase of their solo movements in Handel’s Suite from Rinaldo before being offered cheers and applause, and were audibly impressed by the crisp second movement of Shostakovich’s String Quartet No. 8.

Matthew Knight and Simon Cox managed to develop an immediate bond with the audience by reading phonetically written out Japanese speeches. By a lucky turn of fate it seemed that Simon Cox’s jokes were at least marginally funnier when in Japanese.

Immediately after coming off stage we were ushered to a signing table at which we signed Septura CDs for a sizeable line of audience members. We were then led back to the hall in which the 100 strong wind band were assembled on stage, and greeted us with a mixture of wild screaming, cheering, and whooping! Dan West was a particular favourite of the crowd, who seized the opportunity to take a quick selfie for his Facebook profile pic. 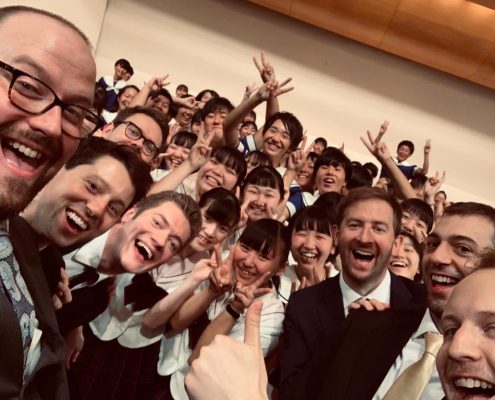 After a quick costume change we hitched a ride to the station on a coach with members of the wind band, who continued to whoop with intense elation while in our presence. Most of the group found this to be a fairly wild experience, while true to form Huw Morgan seemed totally unfazed. 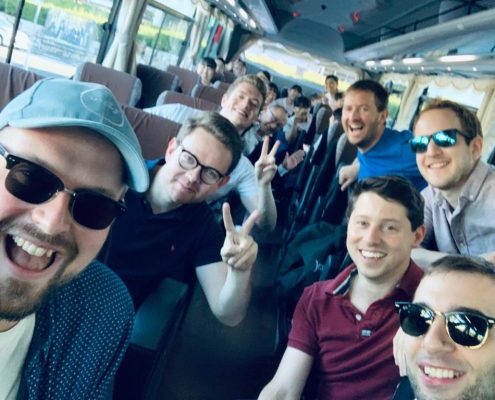 The sheer level of post concert merriment and excitement did mean that we missed our scheduled train back to Tokyo, however this enabled us to grab a couple of beers for a later train, nothing silly.

Upon arrival back in Tokyo, the evening’s merriment continued with a fantastic meal at Mutikiya, an award winning Ramen restaurant a short walk from our hotel (boasting ramen broth using special ‘Mutikiya salt’ which according to the Guinness Book of World Records has the highest mineral content in the world.. 🤓). 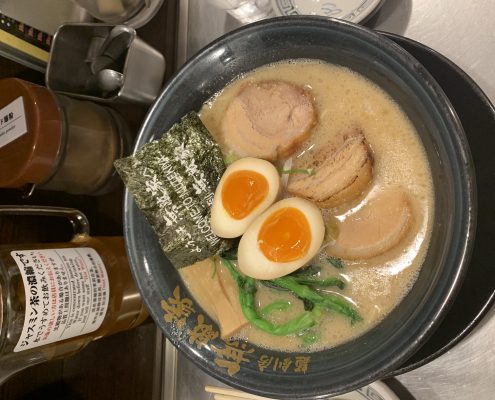 We finished  off the day with a few gentle frames of pool and a few rounds of darts in the centre of Tokyo. The perfect wind down to a long day.