These days it’s easy to keep in touch with everyone back home whilst on tour thanks to technology, so a few calls were made once we embarked on the day’s drive (only 6.5 hours this time) to check in with family…perhaps just as importantly, it allowed us to keep track of a thumping victory for Wales over Scotland in their Six Nations opener, a big morale boost for a certain section of the bus. 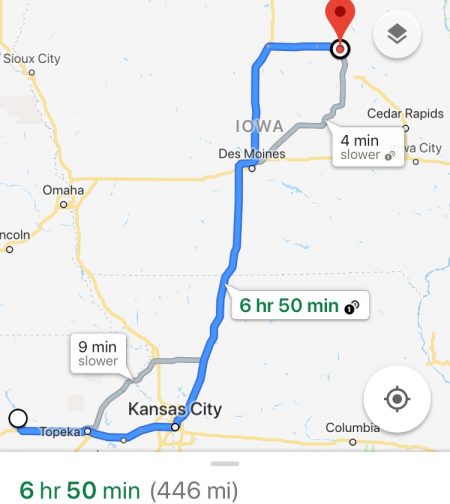 The journey from Manhattan, Kansas to Waverly, Iowa

We’ve often wondered what we would do on a tour like this if someone got sick. The hours upon hours that we’ve spent rehearsing, recording and performing together means it would be nigh on impossible to find a last minute replacement for one of our concerts. Our curiosity was satisfied when Alan suffered the aftermath of a migraine an hour or two into the journey. It’s probably best that I gloss over the details (and we certainly won’t post any photos), but it wasn’t the most pleasant part of the journey. A quick stop at the first available services, followed by some rehydration and a bit of a snooze, and he was back in business, delivering his usual immaculate performance when the evening came. 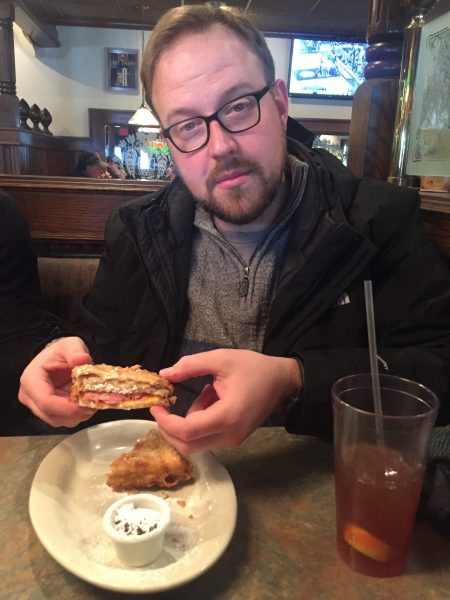 This hasn’t been the healthiest tour. Here Dan is about to consume a deep-fried sandwich

This season has seen a big increase in the number of concerts we’re doing (around 40) so we’re getting used to preparing for upcoming projects whilst on the road. I spent most of the journey putting the finishing touches to a new arrangement of Mussorgsky’s Pictures at an Exhibition that Matt Knight and I have been working on for the continuation of our KLEPTOMANIA concert series later in the month in London and Cambridge, although I can’t say our bus is the ideal work environment. 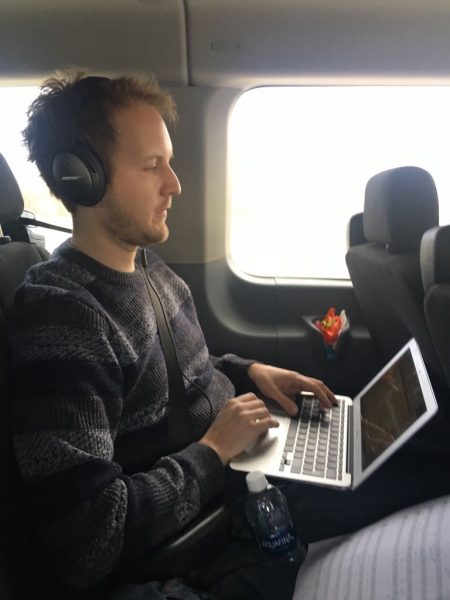 Simon polishing off some arranging on the road 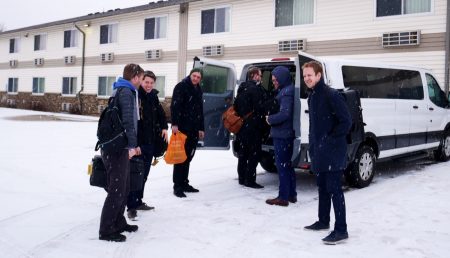 Snow greeted us in Iowa 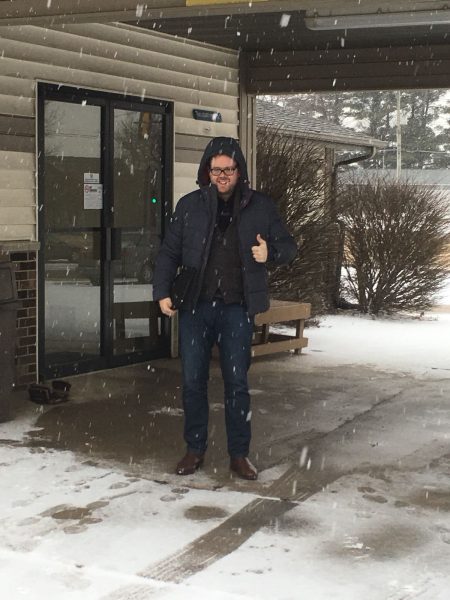 Our concert in Waverly was to take place at Waverly-Shell Rock Middle School, and began with a short performance together with hand-picked students from the school band. Having all experienced the ever-shrinking music provision in British schools, it was incredible to see how well-equipped the school’s music department is, and to hear that the band has 130 members – not bad for a middle school in a town with a population of less than 10,000! 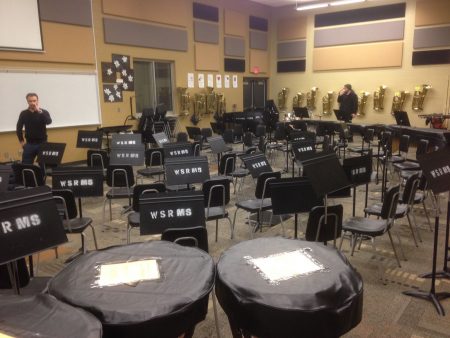 This is how you do music education properly

Once again, the concert went well with the Debussy Préludes a particular highlight. It was good to chat to some of the audience afterwards, who were telling us about all the musical happenings in their town – including an over-55s band with a big membership, featuring until recently a 104-year-old percussionist! We also met a couple who had travelled for over 2 hours from Wisconsin to come to the concert. They had found out about Septura from our YouTube videos, and we were relieved to hear that we didn’t disappoint in real life!

After the concert we headed to a nearby bar with our host Scott Muntefering, and despite our best intentions we realised it was probably time for bed when we discovered that we were the only ones left. Tomorrow, Michigan.