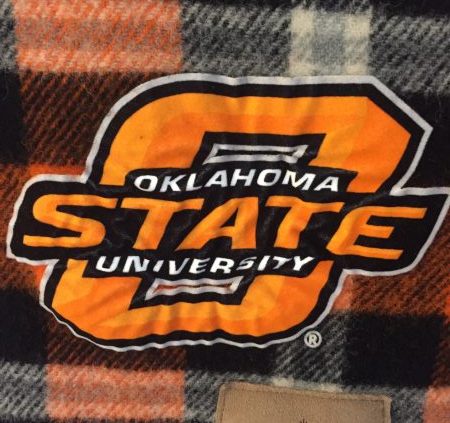 The group met up in Dallas Fort Worth Airport, with Matt Knight and I having flown down from San Francisco on the back of a 3-week tour with the Royal Philharmonic Orchestra. We squeezed onto a tiny plane bound for Stillwater, Oklahoma: getting the tuba on board shocked a few of the locals, but where there’s a will there’s a way, and 40 minutes later we were disembarking into the smallest arrivals ‘lounge’ I’ve ever seen. 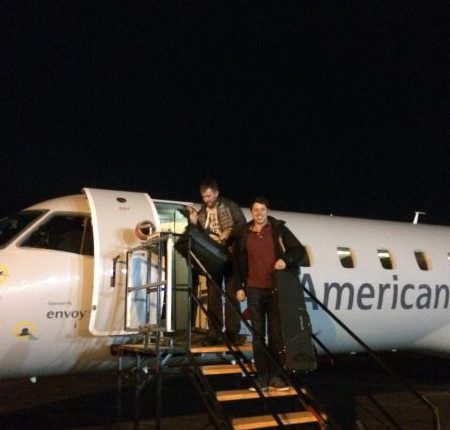 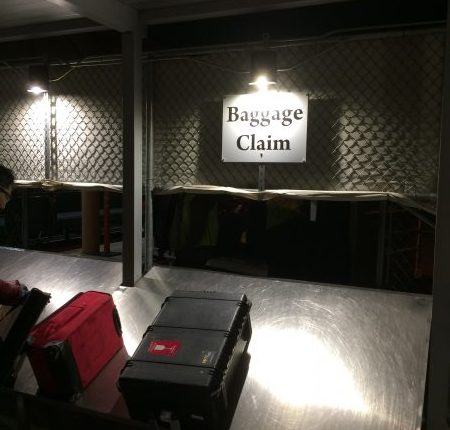 Not too hi-tech baggage reclaim

Our wonderful hosts for the first concert, Paul and Lanette Compton, met us at the airport and transferred us to the Atherton Hotel, OSU’s flagship hotel – comfy beds, great bar and restaurant. We were well looked after. By this point Huw – flying from Switzerland to the USA – had been up for twenty-seven hours, so it was high time for some kip.

Jet-lag dealt with, the next morning was spent at leisure, with a surprising number of people hitting the gym, before rehearsal started at 3pm. On arrival we picked up a large shipment of mutes courtesy of Denis Wick USA who have very kindly provided them for the tour (if you’ve ever been to one of our concerts you’ll know that we use a lot of mutes). 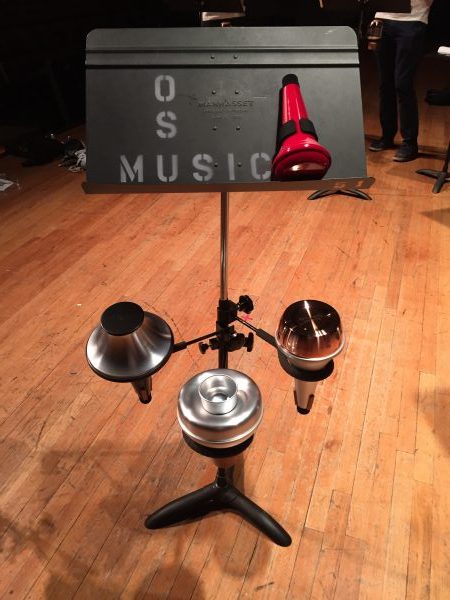 All the trombone mutes we need for this programme 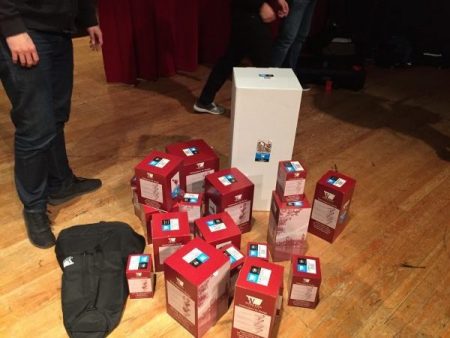 Can you guess which is the tuba mute? Thanks to Denis Wick USA

As yet, the second half of this programme – Gershwin Preludes, Songbook and An American in Paris – had never been performed, apart from an informal run-through for our Friends and Supporters at the Wigmore Hall earlier in the month. There were a number of corners which required attention, including the first outing for Simon doubling on taxi-horn – which, being so loud, is going to assist in getting any late, lazy members out of their slumber in the mornings.

The standing ovation reflected on a concert which went down extremely well, attended by people from Oklahoma City and as far as Texas. A strong cohort of students were keen to take pictures and chat with us post-concert, and as well as the usual brass chat, we discussed the building of OSU’s fantastic new performance centre and the possibility of us returning in a couple of years.

The evening was rounded off in true American style in Buffalo Wild Wings, with most of us ordering chicken wings which were both too hot and too large for our appetite. When we’d finished sweating we headed to bed. Tomorrow we pick up our tour bus and begin our road-trip in earnest, as we travel to our second concert at Texas Wesleyan University in Fort Worth.