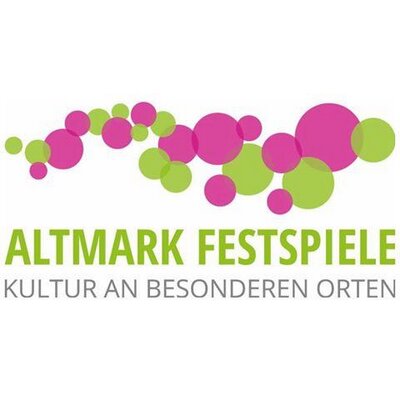 The Altmark Festival was Septura’s first German destination of 2018, and we met early on Saturday morning to polish up our Borrowed Baroque programme. We have performed this a number of times in the UK recently, and merely had to bring James Fountain up to speed on our newest piece, Stravinsky’s Pulcinella Suite.

After working our way through the programme with satisfying efficiency (James is rather good at the trumpet), we headed off to St. Pancras to catch a train to Gatwick. The airport ritual was fairly fluid, thanks to EasyJet priority boarding (#thedream), and awaiting the group at Berlin airport was our transport for the weekend, a maroon battle bus and driver Mr Müller. After a brief game of instrument Tetris, I ended up taking one for the team and sitting in the slightly space deficient front seat, allowing me to showcase my limited GCSE german conversational skills, which were soon outstripped by the SatNav and BB RADIO (a relentless stream of euro/dance hits). After two fairly long hours of sitting at a 25 degree angle, we arrived at Ratswaage Hotel in Magdeburg, a city 30 km or so from the concert venue for the following day. Accommodation sorted, brief and restrained frivolities ensued, consisting of a few good quality german beers, and a surprisingly excellent late night meal at Gorillas Restaurant & Grill in the centre of Magdeburg.

The following day the members of Septura arrived chipper and refreshed for breakfast, where only Dan West managed to clock the bespoke omelette option (the group envy was palpable). Mr Müller and his lovely maroon bus awaited and whisked us away to the beautiful Schlosskirche Letzlingen, which sat opposite a  lavish castle. After discussion with the church vicar, we discovered the castle was built in 1843 to be used once or twice a year by the Prussian King Friedrich Wilhelm IV as a hunting retreat.

Following a brief warmup we knuckled down and sound-checked the programme for the concert. As with many churches, the shape seemed to amplify the tuba heavily, and diminish a fair amount of clarity among the trombones, meaning the majority of the rehearsal was used to find an acceptable balance between us. The rehearsal over, we headed out and enjoyed a generous picnic, including ice cream dessert, kindly provided by the festival. 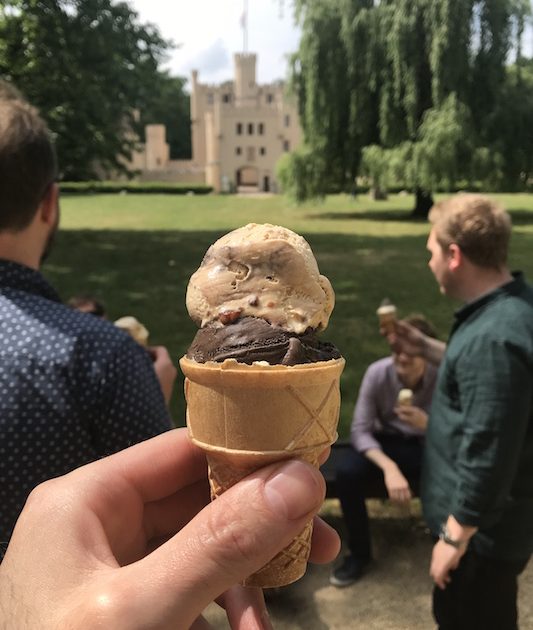 The concert itself was a great success, certified by the crisp, incredibly regular applause. A particular highlight was James Fountain playing his solo in Handel’s Rinaldo, Lascia ch’io pianga, from the pulpit, despite his initial trepidation at the idea. We were persuaded into playing two encores by the appreciative audience and enjoyed a lengthy standing ovation.

After a quick beer and a chat with the vicar we were on our way back to Magdeburg, where we began celebrations on a job well done. It being a Sunday night we were afraid that Magdeburg wouldn’t offer us adequate meal options. However, we ended up with a varied diet: starters at an Italian restaurant, and then a dangerously large Schweinshaxe at a separate establishment. Despite our best intentions to get an early night, time flew and it was heading ominously towards the small hours when the merriment came to a close. Subsequently, the 6 am start the following day was only loosely adhered to by the tuba player, much to the ire of his disgruntled colleagues. Nevertheless, we made our flight and travelled safely back to London.

All-in-all the mini tour was a successful outing, and we can only hope to return to the wonderful Altmark Festival in the future.