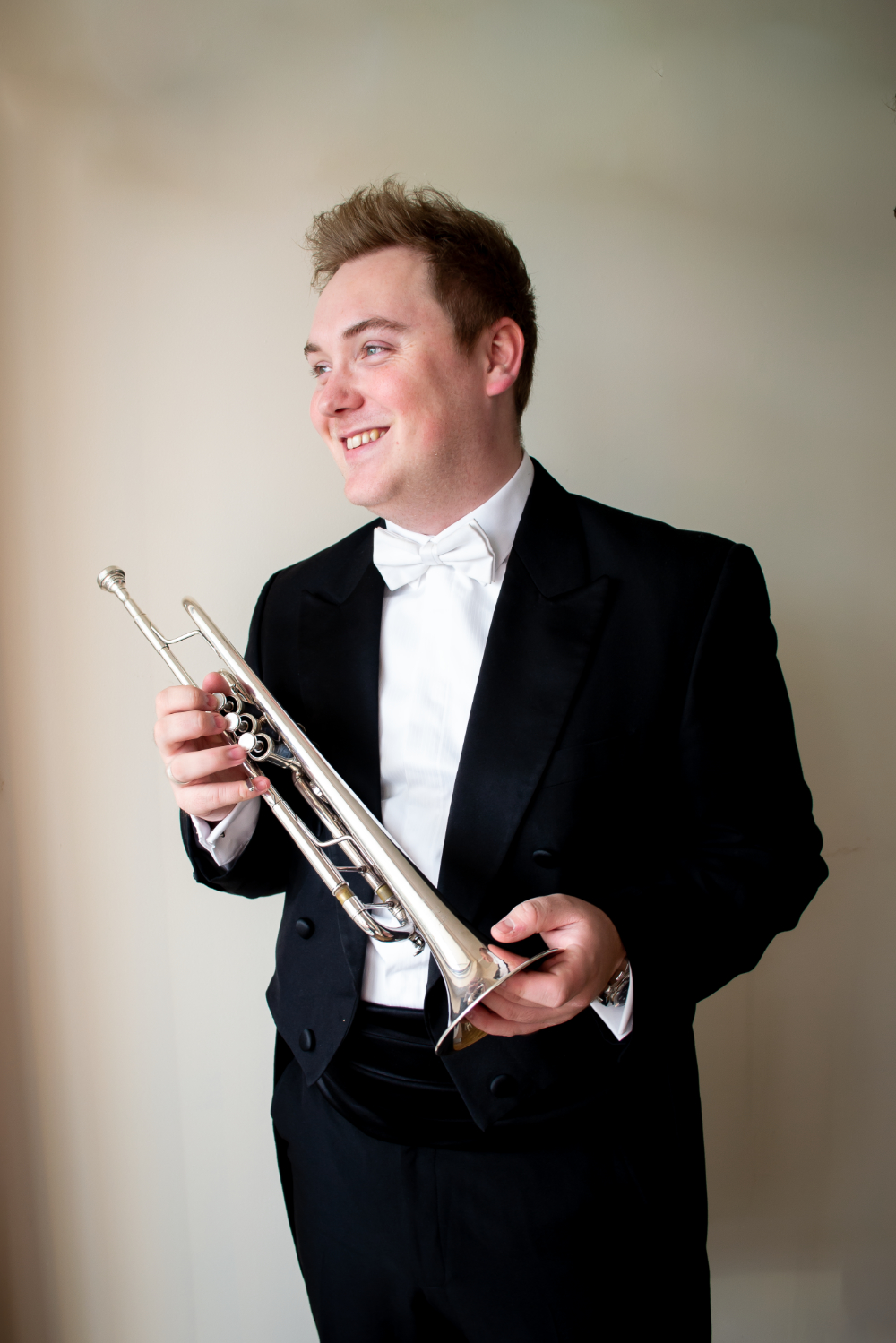 Born into a Salvation Army family, James began playing the cornet at 3 years of age. With his musical upbringing being in the ‘Brass Band World’, James held Principal Cornet position’s at the National Youth Brass Band, GUS Band and the Grimethorpe Colliery Band all before the age of 18 when he chose to study Trumpet at the Guildhall School of Music and Drama, in London.

As an orchestral musician, James has played as Guest Principal with all the major London Orchestras, including the London Symphony, Philharmonia and the BBC Symphony, whilst also featuring as a soloist on numerous occasions with the Royal Philharmonic. Other appearances as a soloist have taken James around the world, with concerts in Australia, Brazil, Canada, Kuwait, Japan and the USA, as well as regular European trips.

Also in demand in the recording studio, James can be heard performing on several Film, Video Game and TV soundtracks including; Aladdin, Battlefield, Dumbo, Guardians of the Galaxy and Wonder Woman to name just a few.

James is a Trumpet Professor at the Royal College of Music, London.