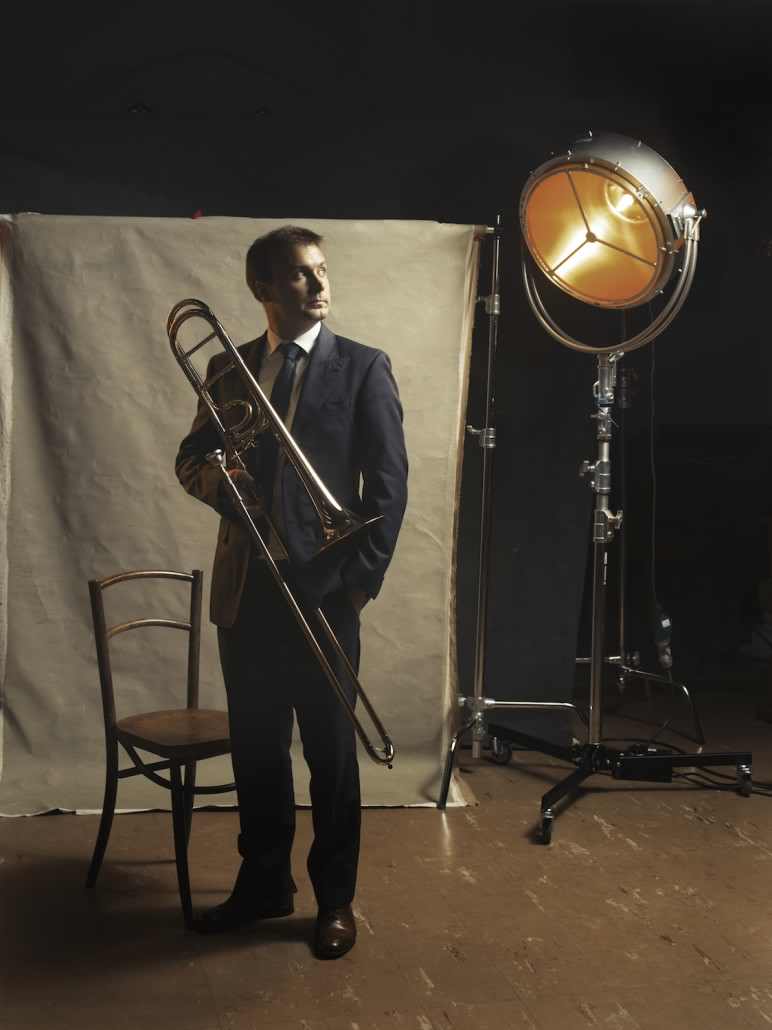 Principal Trombone of the Royal Philharmonic Orchestra and Aurora Orchestra, Matthew Gee juggles a busy work life that encompasses orchestral, session, chamber and solo playing. A graduate of Kings College, London, and the Royal College of Music, Matthew teaches at the Royal Academy of Music, London. He is also the Chairman of the British Trombone Society, and takes an active role in promoting the trombone. He has recently recorded his second solo CD, for release in 2016.
www.matthewgee.info | @Geetrombone

Matthew Gee is a Getzen Artist.

A tough choice, but it’s always fun to play pieces that take advantage of the trombone’s more light-hearted nature, like Prokofiev’s Scherzo humoristique. Click here to listen on Spotify.

What would you do if you weren’t a trombonist?

I would swap it all in an instant to open the batting for England!

Getting my violin-playing wife to agree that Shostakovich 8th string quartet (her favourite piece) works equally well for brass septet!