The story begins at London Heathrow’s Terminal 3, with a typical touring check-in of 6:20am. Given previous touring mishaps, the simple fact that we still had flights booked made it one of our more successful starts to a tour.

Not really knowing how cold Spain would be in December, most people came wrapped up for winter. Phil Cobb had inadvertently picked up one of the band members’ coats from an East 17 concert earlier that week. 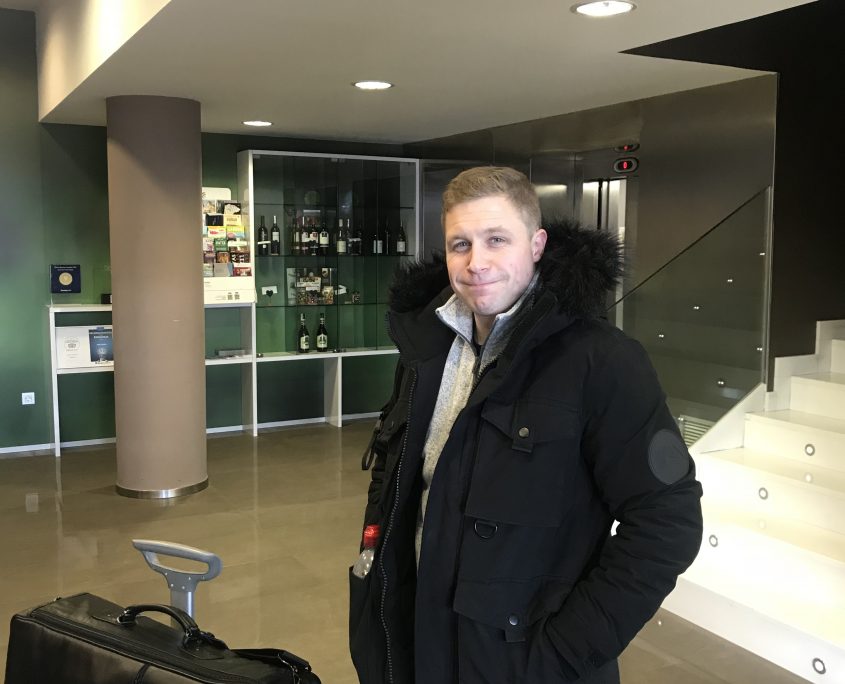 A hearty Heathrow breakfast was a perfect opportunity for Simon to pre-mortem everything that could go wrong on the trip. Thankfully nothing did, but it pays to be prepared. 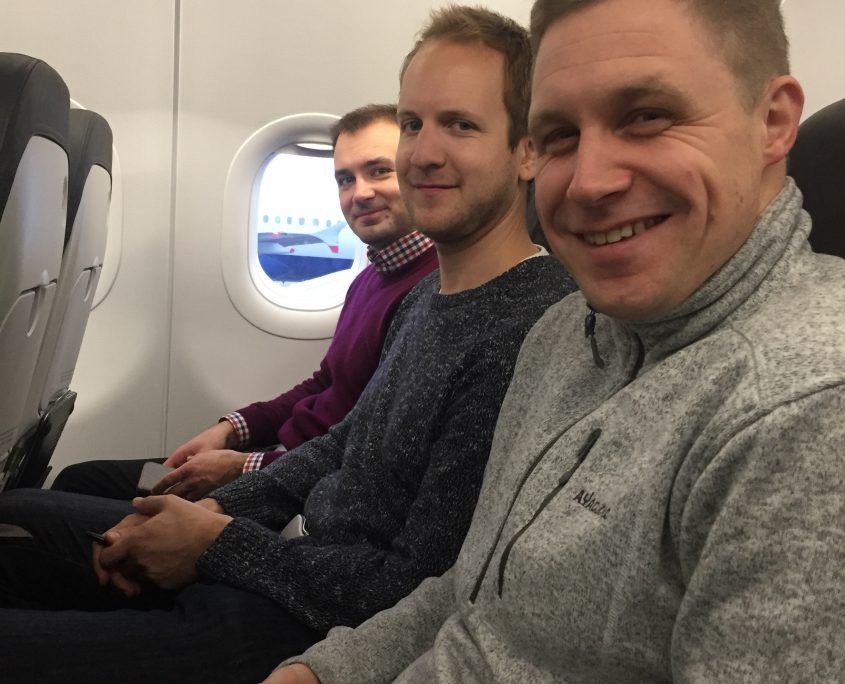 Most people caught up with sleep on the flight – my 3 month old son had very kindly woken me at 2am to make sure I didn’t miss the flight. Matt Knight, however, isn’t like most people, and he excitedly and energetically poured over/conducted the score of The Nutcracker in preparation for tomorrow’s concert.

Simon had hired a minibus to drive us from Bilbao to Tafalla. It was beautiful drive through the Basque countryside, despite feeling like we were passengers in the Wacky Races! Simon’s claim that ‘the car just kept stalling itself’ was met with much laughter, but all things considered he did adequately.

A bite to eat and then we were down to the Culture Center to polish the following night’s concert: Schütz’s Das Wort ward Fleisch, Bach’s Christmas Suite, Handel’s Messiah, and Tchaikovsky’s The Nutcracker. It was great to be playing this programme again. It’s easy to take The Nutcracker for granted, but there are some truly magic moments in it. Plans are afoot to record this work, but more of that later.

Tired chops signalled the end of rehearsal, with shouts of ‘a couple of beers, nothing silly?’, met with much enthusiasm. Over dinner back at the hotel (and some fantastic local wine), one of Simon’s pre-mortempredictions did not come to pass. The Nutcracker requires Matt Knight to fire a replica gun in the air. Simon had spoken to British Airways about the best way to transport a gun, to which he was advised to keep it in his hand luggage and just take it out at security! We feared this might cause alarm and result in Simon being detained, so we left the gun at home, and thankfully Amazon Prime Spain did not fail to deliver. 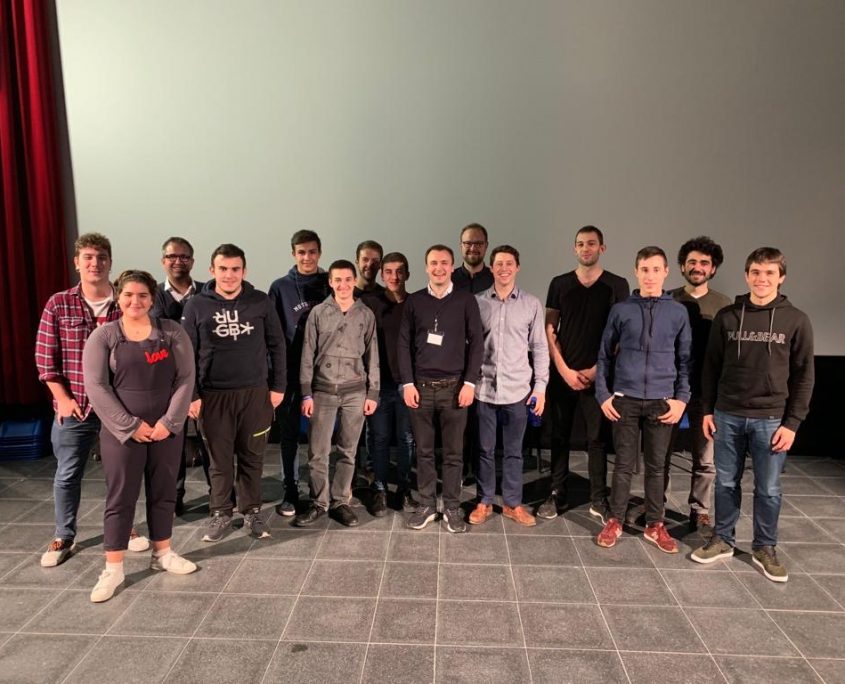 Septura’s trombones with their Spanish students

The following day was tough – six hours of teaching, sound check, then gig. Language barriers focused the mind and made for some novel pedagogical approaches. But the students were great and really took on board what we were saying. No matter what the standard of player, the music was always shining through, and this is huge testament to the teaching in the area and the Tubala Brass Festival. We are not quite sure what happened in the tuba class: Sasha only had two students, one of whom was a euphonium player. Six hours later they all looked as shell-shocked as each other! 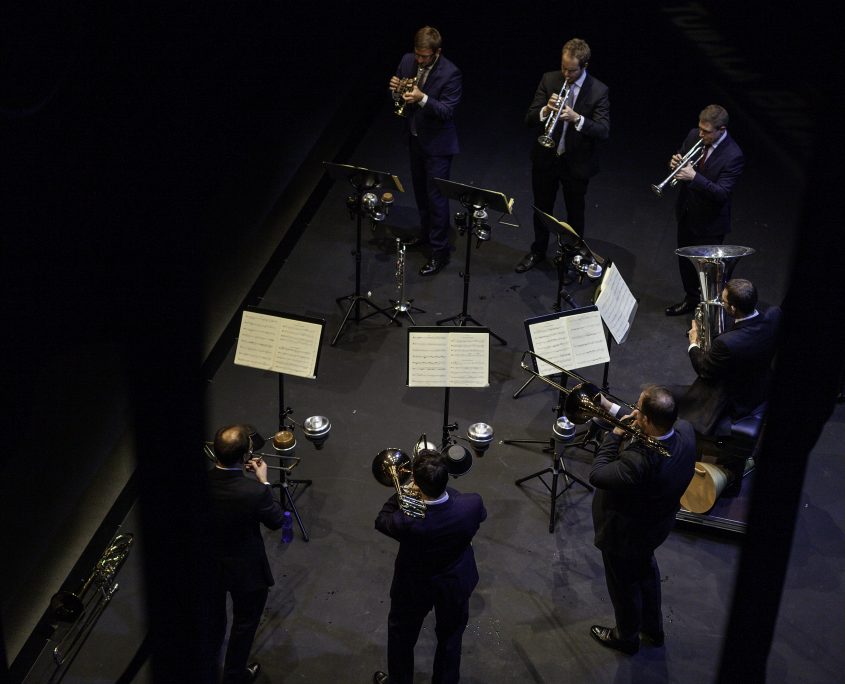 It’s obviously a huge pleasure to play chamber music with such remarkable players, and this concert was no exception. An audience of around 350 gave us a fantastically warm welcome, and enthusiastically demanded two encores from our bruised faces. 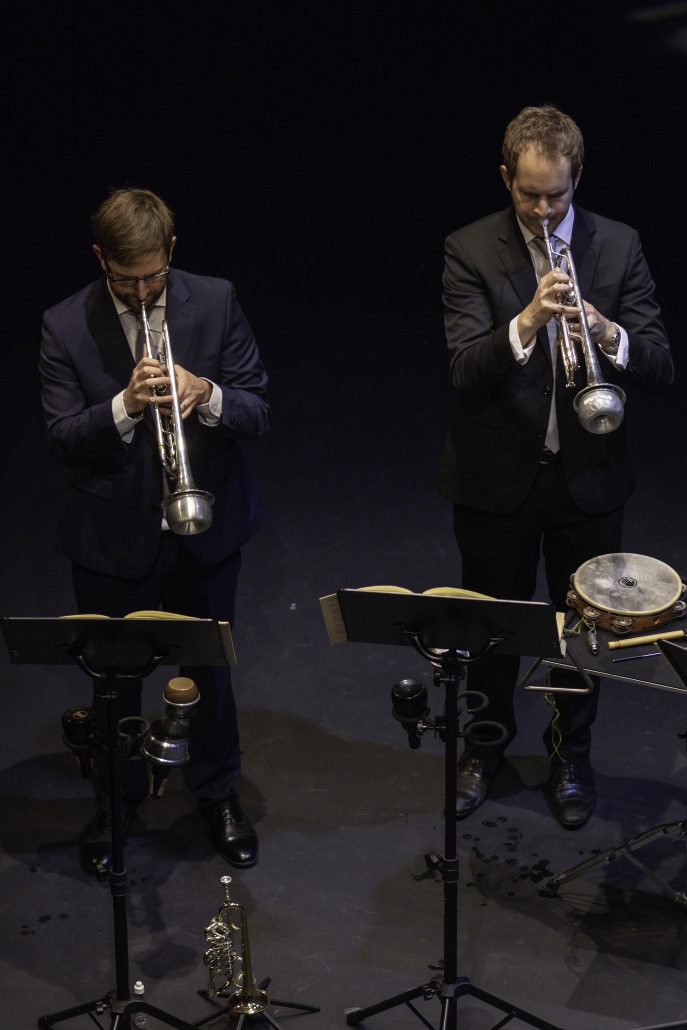 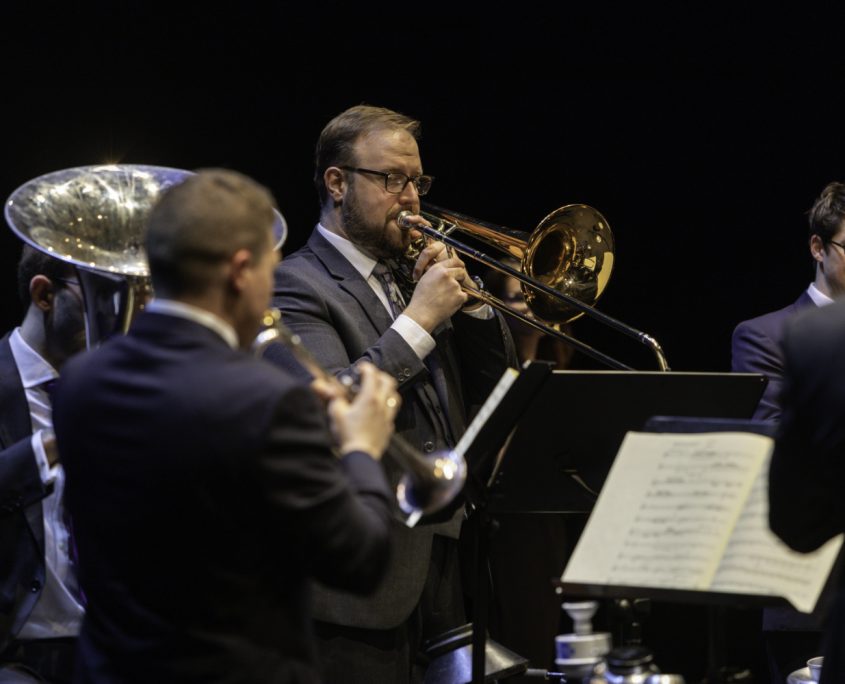 Following this, we met many of them in the foyer, where I confidently broke out some very rusty Spanish on anyone who lingered, whilst the rest of the group signed copies of CDs for our new fans.

A local bar enticed us in and suggested we try something typical to the area (we were aiming to go straight to bed), which we washed down with the obligatory Spanish goblet of Gin and Tonic. 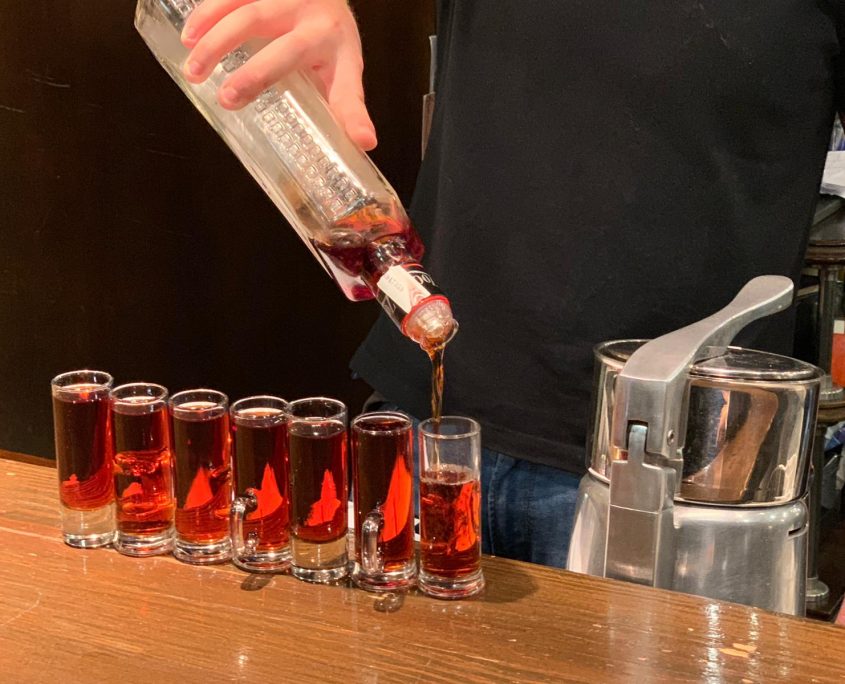 And here finishes our first trip to Spain and the final gig of 2018. Chat naturally turned to next year with some really exciting projects and tours planned. But until then, all of us at Septura wish you a wonderful Christmas.