I’ve just woken up in Tokyo all of a flutter – today is the day of Septura’s eagerly awaited Japanese debut!!

My schedule (which I’ve been informed eagerly by Matthew Knight with his boyish grin, has a new, improved larger font compared to NZ🧐) tells me the lucky venue is the Koganei Miyaji Musical hall, Tokyo.

We made our way there on the impeccable Japanese rail network with help from our most helpful ProArte Musicae representative. We were certainly quite a sight, and maybe a bit of an inconvenience clogging up the busy carriages with two large suitcases, tuba and mutes.

On my previous visits to Japan it’s always amazed me how they seem to ‘nail it’ when building concert halls. The Miyaji Hall did not disappoint. A beautiful modern 600 seater hall with an acoustic perfect for our trade mark ‘British brass sound’! 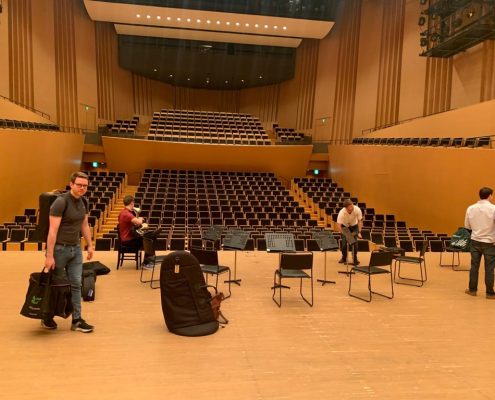 The programme we’re playing out here is not themed, as has been the case of late, but more of a ‘Septura’s Greatest Hits’ with works drawn from 4 of our CDs by Finzi, Shostakovich, Elgar, Handel, Gershwin and Debussy.

The first rehearsal of any tour is always the longest. We all set aside a decent amount of time for our individual warm up routines getting our lips buzzing and tongues going. We then get together as a group to get the feel of the hall, the feel of the programme and polish any corners, always paying attention to the finest of details. However, on this occasion our warm ups were extra long due to the librarian (whose middle name is Etienne) leaving all the music pads in his hotel room so we waiting patiently while they were rushed over by taxi. Never a dull moment!

Following this we had an array of duties for our promoters including photo shoots, interviews and an hour masterclass with local young brass players, who I have to say, were a credit to the Japanese music system and incredibly quick learners! 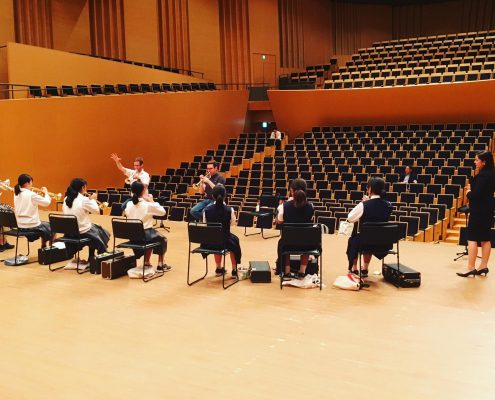 The trumpets leading a class with Japanese students 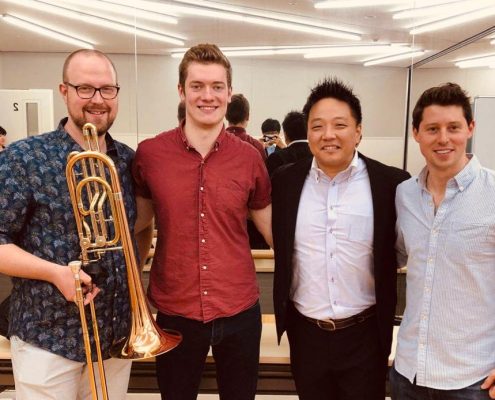 Septura trombones with our interpreter for the day, Japanese trombone player Takashi Shinagawa

The evening concert was an absolute joy. If I could’ve packed up the acoustic and taken it everywhere for the rest of my playing days I’d be more than happy. I feel the same orchestrally about Tokyo’s Suntory Hall. The rousing opening of Finzi’s God has gone up reverberated beautifully. Shostakovich String Quartet No.8 brought the first half to a close and you could literally have heard a pin drop after the soft trombone chords concluding the moving final movement. 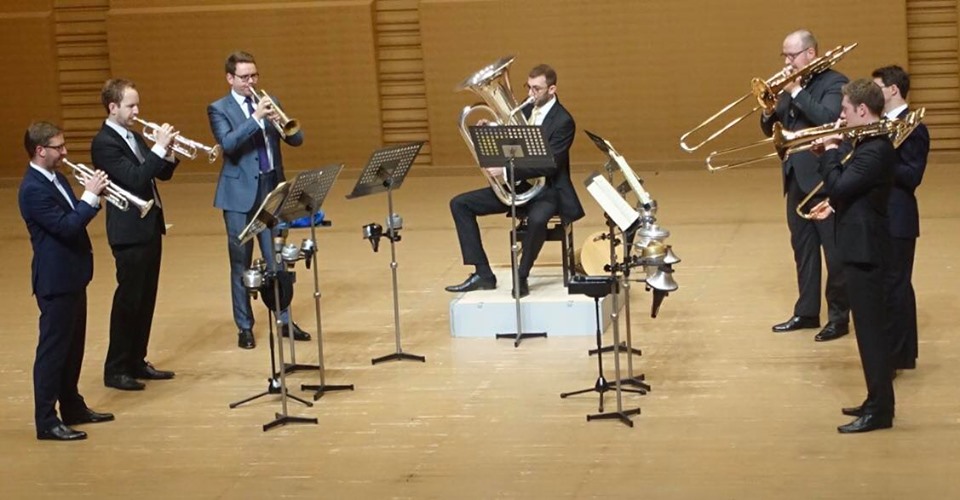 Following the interval we reopened with Handel’s Rinaldo suite, which was great to revisit after a break in in being programmed, featuring solos from Peter Moore playing the war mongering King of Jerusalem👑, and yours truly playing a sexy siren obviously! 💃 The scheduled programme finished with Gershwin’s American in Paris, one of our most played numbers and which we hope to record in the autumn, watch this space!!! 📀Throughout the performance Matt Knight and Simon Cox presented the pieces in Japanese, no mean feat!! The highlight of any American in Paris appearance has to be the car horn demonstration by resident percussion doubler Dr Cox.

At the conclusion we were received with such rapturous applause we had to perform 3 encores, Debussy’s The Girl with the Flaxen Hair, Gershwin’s I Got Rhythm and Mount Fuji, a folk song learned by some of the group on a previous visit to japan with the LSO, arranged on the flight over by in-house arranger Cox. 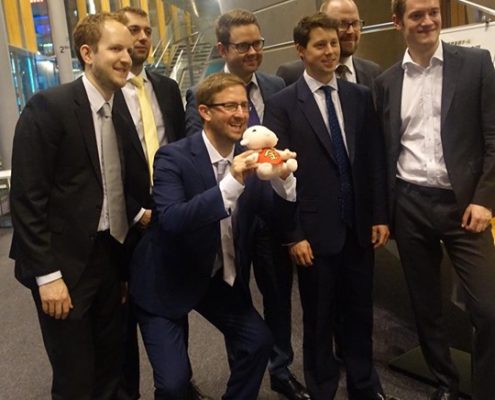 The warm reception continued after the concert with a long orderly line of audience members waiting to get CDs, posters and instrument cases signed. It was so heart-warming to have this opportunity to meet the audience, receive their gushing compliments and to see how happy they were to welcome us to Japan.

The journey back to base camp almost went without incident, apart from the group’s only PhD holder ‘stacking it’  exiting the train whilst wheeling our vital suitcase containing CDs, mute stands, music etc. Unfortunately, none of us were quite quick enough to catch the moment on our phones, so no £250 cash prize from You’ve Been Framed this time #itiswhatitis