Never leave anyone behind. It’s the mantra of any decent touring outfit and when a group is forced to abandon this principle it does so with great reluctance. Today we were forced to ‘leave a man behind’ on two separate occasions.

When six of us met in the lobby of our charming Detroit airport hotel at 5:30am we were lacking one fairly essential person: Septura founder and Artistic Director, Dr Simon Cox. The remaining members of the septet ploughed onto the complimentary shuttle service and checked in to our American Airlines flight to Fayetteville, Arkansas via Dallas Fort Worth. The good doctor arrived at the airport mere moments after us via Uber and was greeted cheerily by his friendly and ever-supportive troops.

In the end it wouldn’t have mattered if he had actually had a proper lie-in: another snowstorm had settled in over night and our flight was due to be quite late taking off from the icy tarmac.

After a week of stale air in the Battle Bus it was refreshing to travel by plane. Lucky too that we hadn’t organised to drive this leg of the journey because the Detroit news stations were awash with footage of treacherous roads and early rush hour traffic jams. It was also due to be my next shift of driving the bus and I did not really fancy showcasing the expert winter driving abilities I learned growing up in Canada. I like to save the showboating for the concert platform, thank-you-very-much. Flying is much more civilised anyway, especially once my principal air transit worry – getting my bass trombone safely stowed in the overhead bin – has subsided. 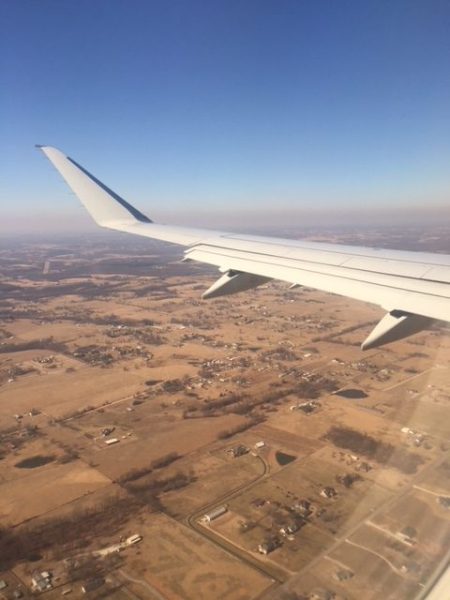 Wings de-iced, and over an hour behind schedule, we departed Detroit with little hope of catching our connection to Arkansas (or ‘R-Kansas’ as a few of the lads have been pronouncing it). In fact, we landed at DFW precisely when our connecting flight was due to take off. Luckily there was another flight due to depart soon after we landed and they managed to accommodate most of us – though Pete and his tuba had to wait on standby. Leaving a soldier behind for the second time on this leg of the tour we sailed the sunny skies to Arkansas. Nestled at the back of the E175 airliner we quietly discussed ways we could salvage the concert should Pete remain indisposed in Dallas-Fort Worth. Obviously we kept all of our fingers & toes crossed in hopes that Pete and his tuba would be accommodated on a flight which would land in time to get him to Fayetteville for our 7:30 concert. For some reason the concept of a ‘Sextura – brass sextet’ doesn’t have the same ring to it. 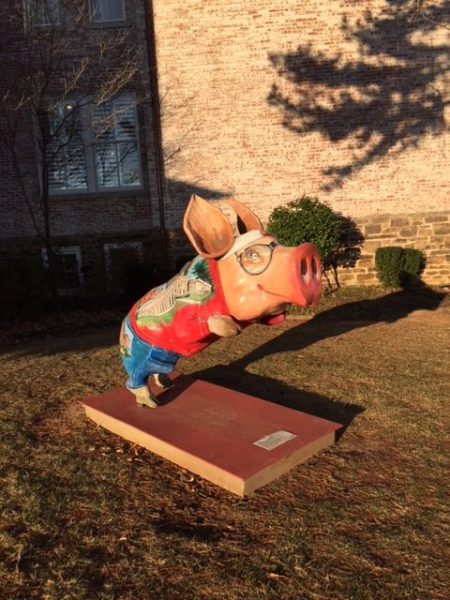 An Arkansas hog in the grounds of our hotel

We have been greeted by incredibly courteous and friendly Americans everywhere we’ve visited, and the University of Arkansas has proven to be no exception. Southern hospitality is famous the world over, and when we checked in at our hotel, the Inn at Carnall Hall, I was pleasantly surprised to find my room equipped with a Jacuzzi tub. I relaxed in it for the better part of an hour while the artistic directors gave a lecture to students on campus. 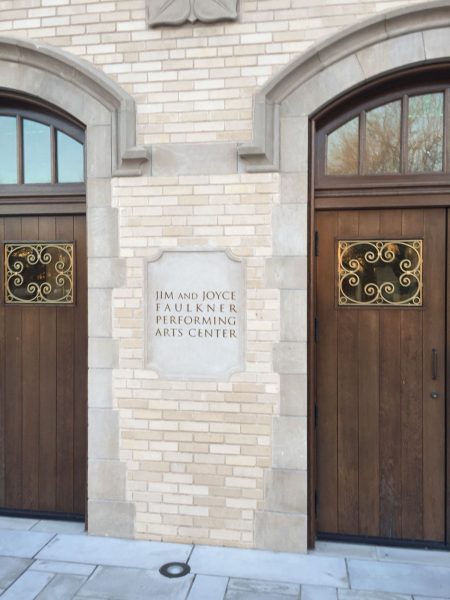 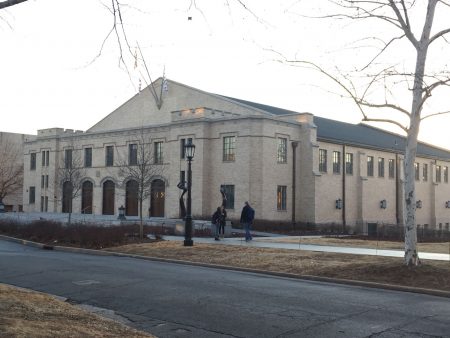 The building was converted recently – it was formerly a gymnasium 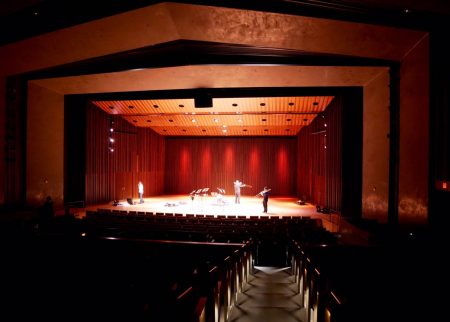 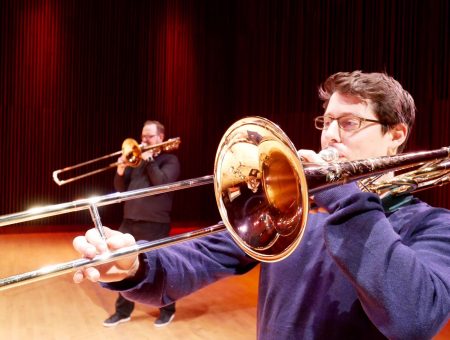 With word arriving via WhatsApp that Pete – plus his E-flat traveling companion – were finally on a flight, it was time to head over to the evening’s venue, the Jim & Joyce Faulkner Performing Arts Center [sic]. We enjoyed the generous acoustic as we rehearsed through a few tuba-less corners for our Ilkley concert next week when Pete made a dramatic entrance at the hall at 7:00. After a day to forget he delivered a performance to remember. We briefly worried that our streak of consecutive standing ovations was in danger but the kind audience in Fayetteville obliged in the end. So at 8 for 8, no one out and a seven hour drive back to Texas awaiting us in the morning, we found a great pub on Dickson street and tucked into another fine batch of local IPA and evermore chicken wings. 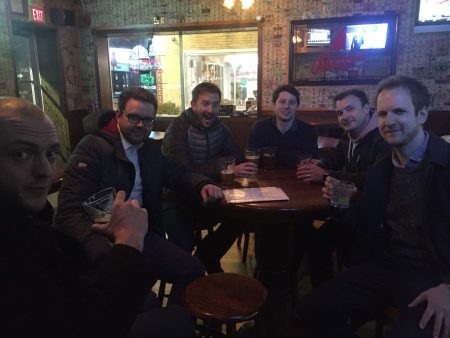 Relaxing after a pretty long day

Time in airport for Pete: about 6 hours