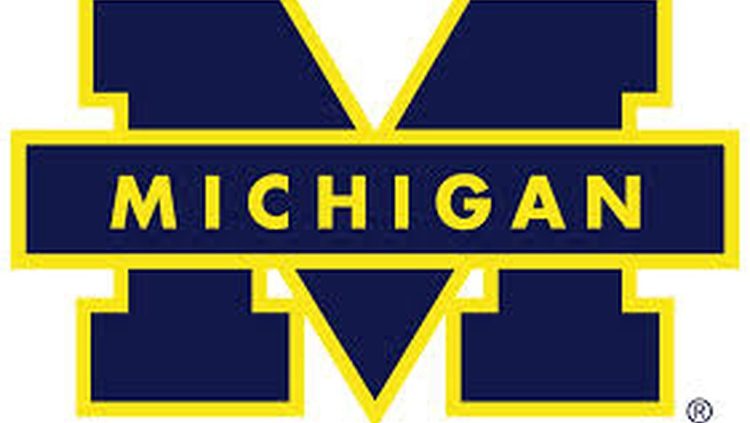 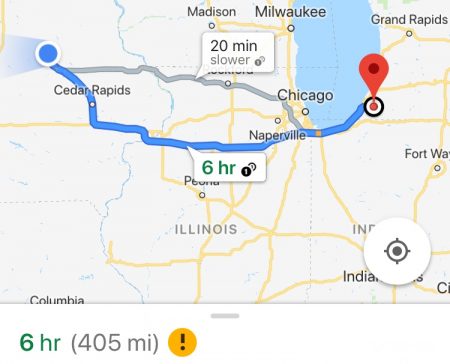 Our route to Michigan

Almost half way through our tour, and things had been going a little too smoothly. Something had to give, and it turned out that something was our windscreen. Barely 5 minutes into our journey it cracked into a broad grin, stretching almost its entire width. With no replacement available within 500 miles, we had little choice but to push on through the ice and snow of Iowa towards our destination, Berrien Springs, Michigan. 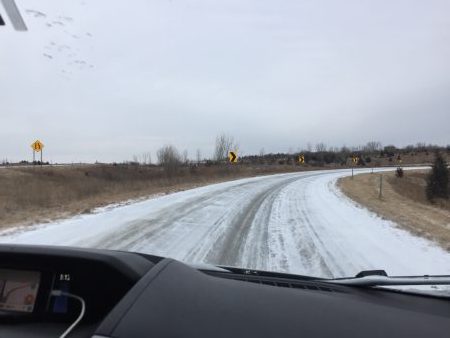 Driving conditions at the outset… 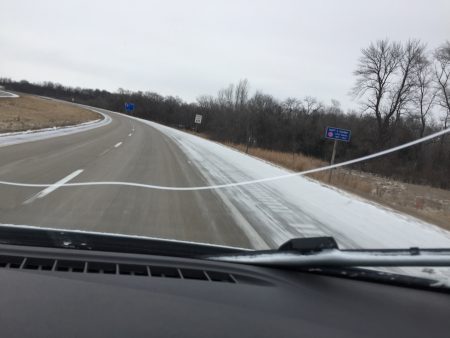 Morale was high, but the temperature low (-15 Celsius to be precise), and driving conditions exceedingly difficult. Entertainment was provided by one of Septura’s most ardent fans, Elise Campbell, who had emailed in a quiz. The front of the bus (where I was sitting with Alan and Pete) prevailed in the more cerebral early rounds. When it came to later popular culture rounds (and I think these questions may have been mostly devised by Elise’s 7-year-old niece) the back of the bus really came to the fore (let’s just say their knowledge of Disney is a little unsettling). They won 34 points to 30. (Any other entertainment suggestions please email them to admin@septura.org). 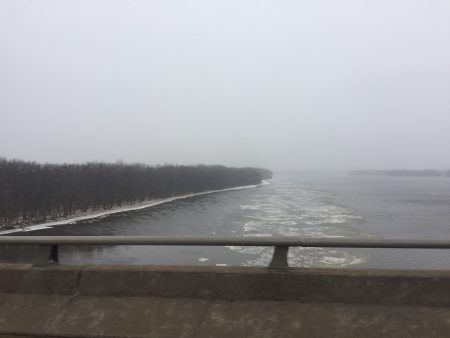 By the time we crossed the Mississippi into Illinois the snow was coming thick and fast, coating the road more quickly than it could be snow-ploughed, and reducing visibility to almost nothing. Several native drivers had come unstuck and were to be found facing the wrong way on the Interstate. Wary of this potential outcome we proceeded with caution. 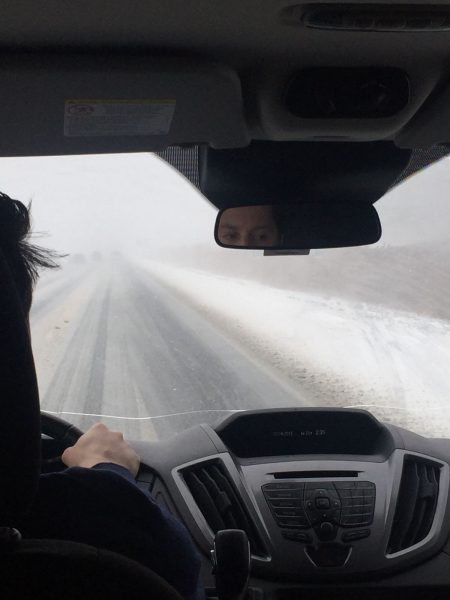 The slow pace gave us a good opportunity to catch up on some admin. We now have the dates for our next US tour, in February 2020, and so we have just begun to contact promoters for that trip.

Having inched round Lake Michigan, we arrived late at our hotel with just time for a quick swim in the pool (eager to work off some calories from the Chinese we had for lunch) before heading off to the concert. 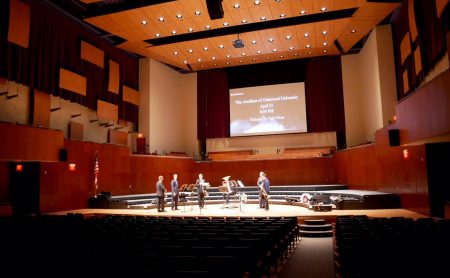 The Howard Performing Arts Center on the campus of Andrews University is a stunning venue, the acoustics of which would put most of the halls in London to shame. Our concert coincided almost exactly with a local sporting event known as the “Superbowl”, so we were expecting the audience to be select, but in fact we were pleasantly surprised: a great crowd full of enthusiasm (a particularly eager audient hailed our arrival with the greeting “play loud and prosper”). We received an incredibly warm welcome, with the second-half Gershwin going down particularly well. Meeting members of the audience to autograph programmes and CDs afterwards it was striking how knowledgeable they all were about music and brass instruments: so many of them seemed to have had formative experiences in bands at high school and beyond. 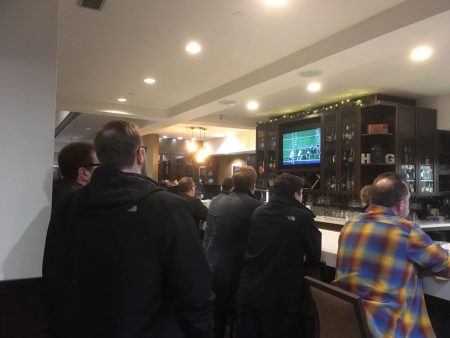 Catching the end of the Superbowl

Our work done, we managed to catch the very end of the football at a neighbouring hotel. Dan, our resident expert in all things American (especially food, beer and sports), talked us through the intricacies as the Eagles powered to a convincing victory. As night fell and the temperature plummeted yet further, the crack in our windscreen lengthened menacingly, and so we went to bed with the task of finding a new tour bus the first thing on the agenda for the next morning.