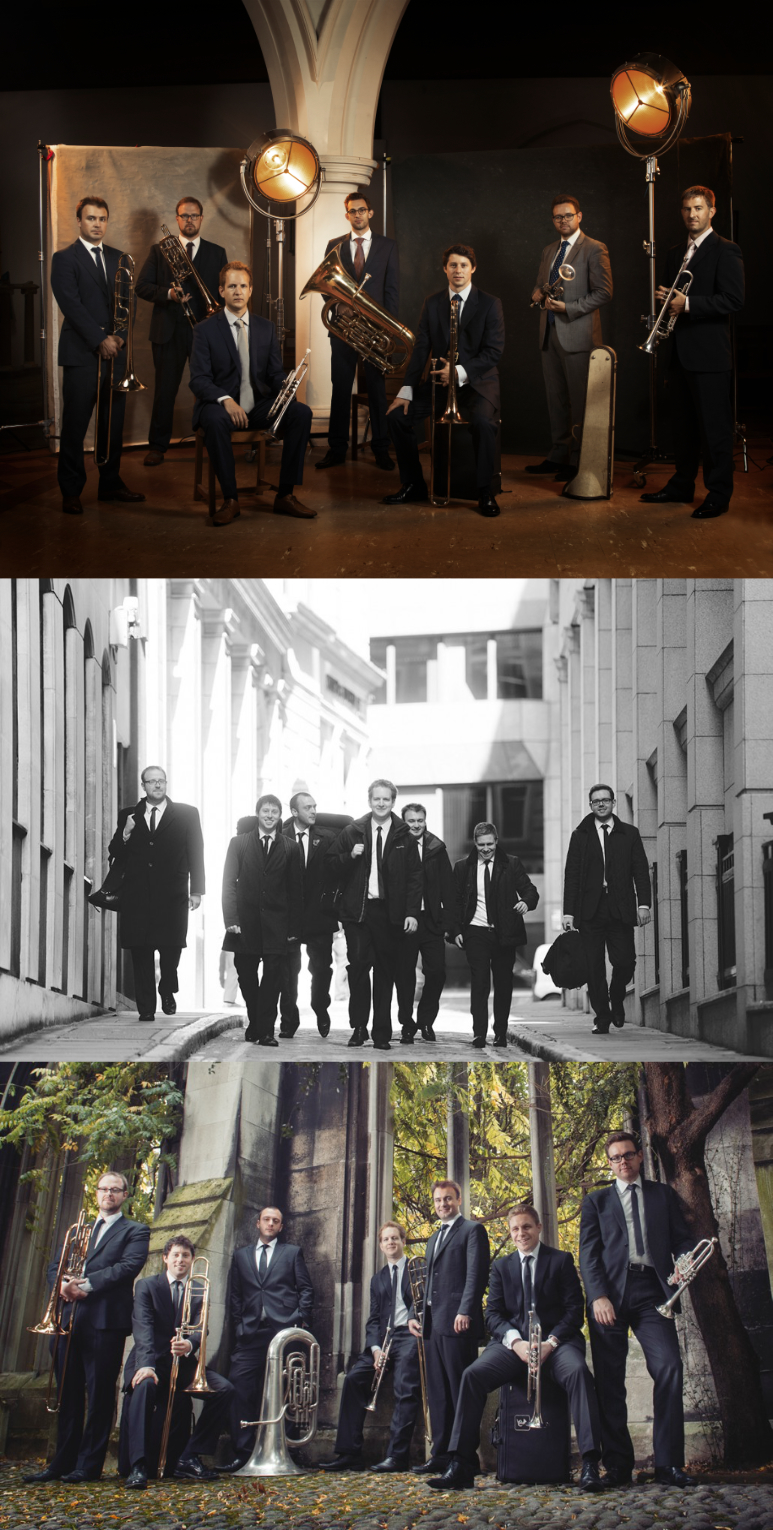 Septura brings together London’s leading players to redefine brass chamber music through the uniquely expressive sound of the brass septet.

By creating a canon of transcriptions, arrangements and new commissions for this brand new classical configuration, Septura aims to re-cast the brass ensemble as a serious artistic medium.

Currently Ensemble in Residence at the Royal Academy of Music, London, the group is recording a series of 10 discs for Naxos Records, each focused on a particular period, genre and set of composers, creating a ‘counter-factual history’ of brass chamber music.

The first six discs have received critical acclaim, described variously as “irresistible” (Fiona Maddocks, The Observer), “dazzlingly polished” (Anna Picard, BBC Music Magazine) and “brass playing at its most exalted” (Robert Markow, Fanfare). In addition, Christmas with Septura was released in 2016, and Septura’s unique version of Tchaikovsky’s The Nutcracker narrated by Sir Derek Jacobi was released in 2019.

Weaving this ever-increasing repertoire into captivating live events, Septura is gaining a reputation for engaging audiences with innovative and imaginative programming. In 2019-20 the group will perform all over the world from New Zealand and Japan to the USA. UK highlights will include their debut at London’s prestigious Wigmore Hall.

Performances of remarkable richness, expressive intensity and almost nonchalant virtuosity. British brass playing is the envy of the world, and when you hear Septura you can hear exactly why.

A dazzling exploration of the instruments’ capabilities in range, colour and dynamics…an innovative and highly engaging listening experience.

The sound of Septura is exceptionally beautiful – warm and rounded but with dazzling brilliance too when required…the perfection of ensemble, balance and intonation is striking.

This is brass playing at its most exalted.